XXV edition of the LuccAutori Festival linked to the XVIII Racconti nel Rete Prize for Literature, conceived by Demetrio Brandi, president of the LuccAutori Cultural Association.
The festival is developed every year on the site www.raccontinellarete.it, where members can publish their own stories, as well as read and comment on those of others.
The event is accompanied by meetings, art exhibitions and short films. The twenty-five winning writers from all over Italy will be awarded during the meetings. Numerous meetings are also planned with the winners of the Racconti nella Rete award (twenty-five writers from all over Italy) and with well-known personalities from the world of culture and entertainment.
The experience is also enriched by a special section of children's stories and by the Racconti per Corti award reserved for subjects for short films which has been a great success since the first edition.

Saturday, 5 October - Villa Bottini, conference room
Meeting with middle and high school students entitled "Tobin Occasions" in collaboration with the Mario Tobino Foundation - Speech by the cartoonist and illustrator Bruno Cannucciari and the actress Franca Minnucci with reading of excerpts from "Le libere donne di Magliano" ("The free women of Magliano") by Mario Tobino.
4:30 pm - screening of the short film by the winner of "Racconti per Corti" entitled "Non farlo" ("Don't do it") by Calabrian Katia Colica. The short film, directed by Giuseppe Ferlito, was shot in Lucca in collaboration with the Imagina Cinema School of Florence.
Following the awarding of the winners of the 18th edition of Racconti nella Rete.
6:00 pm - meeting with the journalist Salvo Sottile presenting his book "Prima del alba" (Rai Libri)

During the festival from 28 September to 6 October it is possible to visit the following exhibitions at Villa Bottini, piano nobile: 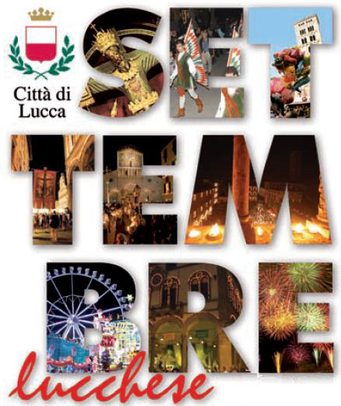 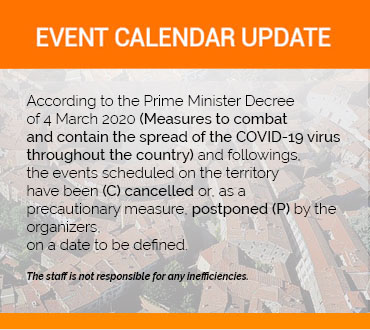