A Summer with Giacomo Puccini

Many occasions, throughout the summer, to meet ... Giacomo Puccini.
Exhibitions, itineraries, projections, guided tours, landscapes and above all, lots of music!

The city of Lucca, Teatro del Giglio and Lucca Summer Festival celebrates the 160 years of Giacomo Puccini with an evening dedicated to the masterpieces of the Maestro, directs by young Mestro Beatrice Venezi.
on 27 July 2018 at 21:30 in Piazza Napoleone in Lucca i's #PucciniDay!
info and reservations: Tel. 0583 976 661/686 before 16.00 on Monday 23 July 2018: http://www.lu.camcom.it/moduli/pucciniday-lucca-summer-festival

The "spine" of the Puccini summer is undoubtedly the festival of Torre del Lago, one of the most expected events of the rich cultural life of Tuscany, the most important lyrical festival in Italy and the only one in the world dedicated to Giacomo Puccini
From July 6 to August 25 in the places that inspired the Maestro Puccini his immortal melodies, in a large open-air theater on the shore of Lake Massaiuccoli and right in front of the Maestro's House Museum, the 2018 Festival Puccini Festival di Torre del Lago contemplates almost the entire artistic parable of Giacomo Puccini: the Messa Di Gloria, his debut in the composition; his first success Manon Lescaut, the works that saw him triumph all over the world: La Bohème, Tosca, Madama Butterfly Il Trittico, his unfinished masterpiece, Turandot.
info: Puccinifestival 0583 359322 If you want to take advantage of a unique experience and get into the atmosphere of Puccini's places you can go "Sailing to the Opera!", Crossing the stretch of water that was the source of inspiration for the great Maestro Giacomo Puccini.
The Burlamacca motorboat, from the port of Massaciuccoli, reaches the entrance of the Gran Teatro Puccini crossing the lake, and awaits the passengers at the end of the work to bring them back to Massaciuccoli.
On board a small tasting of local food and wine products.
info and reservations: Burlamacca Massaciuccoli 345 9910623

The lights of the lake and the hills have fascinated you, as well as fascinated Puccini: you can take an afternoon and join the guided tour that, from the Visitor Center of the Regional Park of San Rossore, Villa la Brilla in via Pietra a Padule (Massarosa) ) on July 21st at 4:00 pm, we will leave to discover the Lake of Massaciuccoli and the hills in the evening. An environmental guide will take you to know the Villa Ginori and the suggestive park, the reclamation areas and the archaeological areas up to the Tenuta del Segreto where a tasty aperitif based on wines and local products awaits the group.
info and reservation: Associazione ville Borboniche e Dimore Storiche della Versilia 338 2386211

If you have more time you can book an excurtion from Viareggio to Lucca, along the lake and the hills that were the scene of much of Puccini's life and that goes from the charm of the Liberty of Viareggio, to the magic of Lucca, the romanticism of the lake, the beauty of the Roman baths, the charm of the Middle Ages ... An easy but exciting journey from Viareggio to Lucca.
Info and reservations: Emozionambiente 329 3618235

If instead you want to enjoy the lake in all "laziness" and culture, appointment July 26 at 18.30 c / o Foyer of the Gran Teatro Puccini Paolo Benvenuti presents his film  "Puccini e la Fanciulla",  an aperitif on the Belvedere di Lago Massaciuccoli and then, at 9.15 pm at the Villa Orlando in Torre del Lago Puccini, screening of the film.
Admission free until seats available: info@associazionevilleversilia.com

In the Foyer of the Gran Teatro Giacomo Puccini, from the 3rd to the 30th of August, the exhibition "Homage to Solomiya Krushelnytska" tells the extraordinary career of the soprano bewitched by Puccini and Viareggio through portraits, costumes, photos and works by great Ukrainian painters.

Until September 22nd, every Saturday from 15:00 to 19:00 you can also visit the Villa di Viareggio of Maestro Giacomo Puccini. The Maestro moved there in December 1921 and composed much of his last and unfinished Turandot work. The villa is part of the path of the liberty architecture of Versilia. A "style" walk between establishments, cafés, residences of artists.
Per info and reservations: PucciniMuseum 05831900379

Also in Viareggio, Villa Paolina hosts for the whole summer the last episode of the traveling exhibition "Magnificent Presences: Giacomo Puccini, Giovanni Pascoli, Gabriele d'Annunzio" - The luminous spirits. An itinerary of art, photography and the correspondence that Giovanni Pascoli and Gabriele D'Annunzio exchanged and which reveal today even more their actuality and greatness. After the exhibition at the Vittoriale degli Italiani (Gardone Riviera), at Casa Pascoli (Castelvecchio Pascoli) and at Versiliana (Pietrasanta), the project is enriched by the person of Puccini and the images of the Villa of Torre del Lago, the favorite of the Maestro.
Here, on 24 August, the tribute to Giovanni Pacini with the representation of "Il Convitato di Pietra" directed by Giandomenico Vaccari, closes the musical review "In the garden of Paolina", concerts by the artists of the Fondazione Puccini Foundation.
info: Civic Museums of Villa Paolina tel. 0584 966338 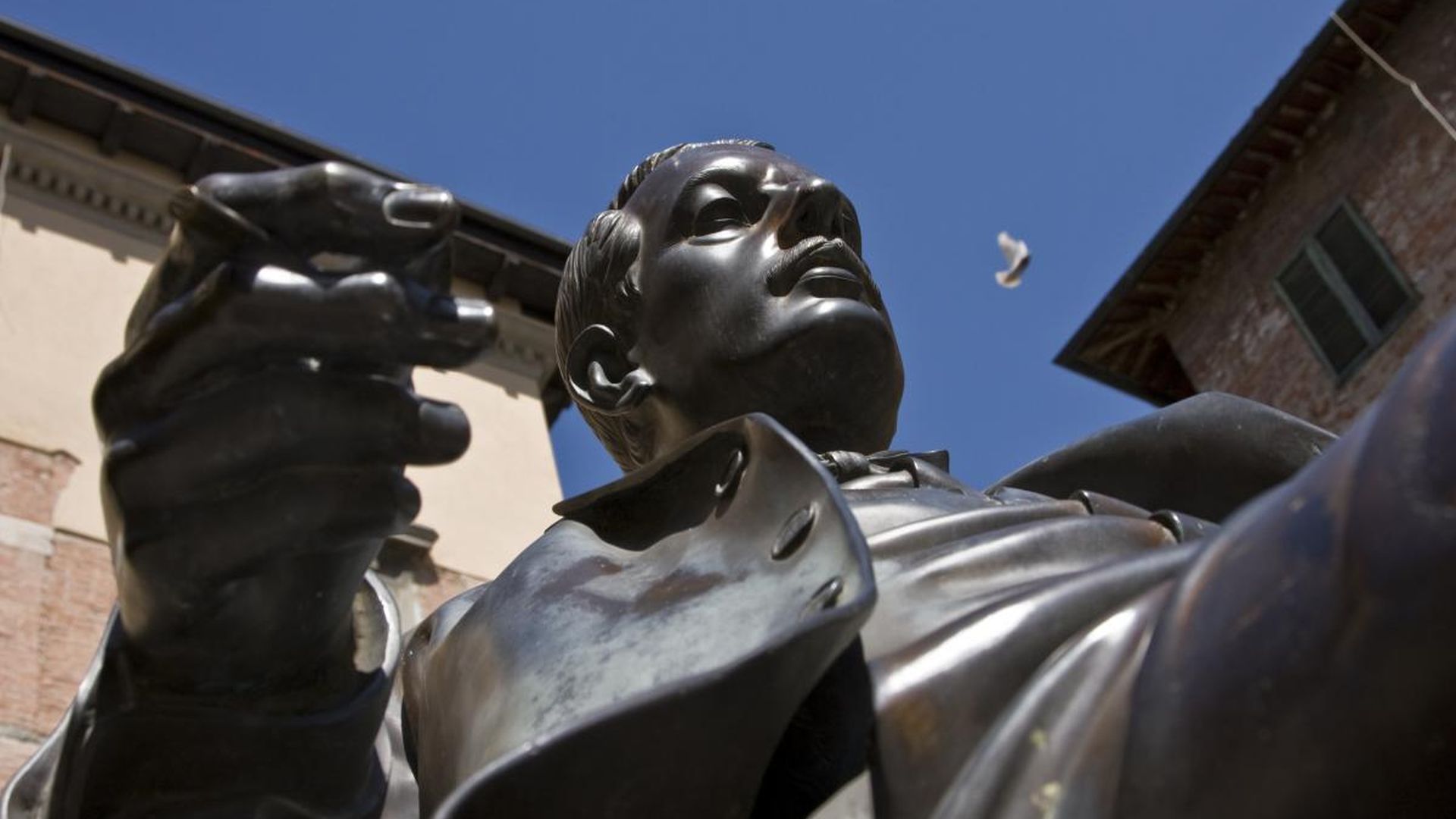 Also in Lucca the music of Puccini in the places of Puccini, in this case in the courtyard of the birth house with the "Cartoline Pucciniane" performances.
4 appointments with lyric recitals with selections of arias, duets and concerted accompanied on the piano. A musical tribute that from 7 June to 14 September, will propose the arias of Boheme, Trittico, Tosca, Madama Butterfly.
To enter the atmosphere you can take advantage of the guided tour of the birth house, before the concert.
Info e prenotazioni: Teatro del Giglio Tel. 0583.465320

To learn more about the cultural atmosphere in which he lived, there's the exhibition Per Sogni e per Chimere, set at Fondazione Ragghianti.
On the 160th anniversary of the birth of the Master, this great exhibition with the installation of the famous set designer Margherita Pall invites you to discover the relationship between Giacomo Puccini and the artists of their time and to investigate the influence that the composer and his aesthetics exerted on visual arts in Italy between the end of the nineteenth century and the first decades of the twentieth century. A research that offers suggestions, ideas for reflections and many masterpieces.
About 120 unpublished pieces kept in private collections, outline an exciting panorama of artists close to the themes and the expressive climate of Puccini. The aim is to present an aesthetic trend all the same, to which Puccini contributed in an important way with his works, in a stylistic atmosphere of transition between late naturalism, Symbolism, Divisionism and Liberty.
From 4 July, every Wednesday and Friday at 17:30 free guided tours included in the cost of the ticket
info and reservations: Fondazione Ragghianti tel. 0583 1900379

Elisabetta Salvatori, the talented author and interpreteurs of the tradition of storytelling, tells us "her" Puccini, in Piazza San Francesco, July 19 in the show "Little like the stars". Accompanied by the music of the Maestro, she sought and savored the sensations that Puccini lived, combining biographical memories and emotions, memories, fascinations, situations lived and imagined, always and only on the traces of man. On stage he brings the life of that Giacomo Puccini who discovered, known and loved, he tells weaving the subtle and emotional plots captured between the lines of the over eight thousand letters of the Puccini epistolary which, as he remembers, were his main source of documentation and inspiration.
admission free

And then again music, always in Lucca, Puccini e la sua Lucca International Festival proposes, every evening, a concert at 19:00, at the Basilica of San Giovanni, another place in the historic center of Lucca linked to the history of the Puccini family and the history of the city. In its foundations you can in fact visit the archaeological excavations and learn about the most remote past.
info and reservations: tel. 340 8106042

But if you want to know everything, just everything about music in Lucca, "Andante, ma con brio" is the new format of guided tour of the city in the sign of Puccini and the music.
A rich itinerary between the Teatro del Giglio and the Puccini house museum ... with a soundtrack that ranges over the centuries and in musical genres. Not only the works of Maestro Giacomo Puccini, the main protagonist of the tour, but also the jazz of Chet Baker, the rock of the Rolling Stones, the minuets by Luigi Boccherini, the serenades by Niccolò Paganini. It turns out so, but it is not a big surprise, a city full of music, where every monument recalls an episode, small or large, and many anecdotes related to the theme. And 'one of the reasons why the visit will never be the same, there are many places that can be visited that can sometimes vary and make the tour always original.
The visit starts at the Teatro del Giglio at 10.45am. There will be special dates only in Italian with departure from the Teatro del Giglio at 3.30 pm dedicated to Lucca and nearby tourists on 13 May, 16 June, 15 July, 25 August, 29 September, 14 October and 10 November.
Info e prenotazion: Turislucca 0583 342404

And finally there is only a leap in the land of the ancestors, the Serchio valley where Celle Puccini can visit, among woods of chestnut trees and fresh streams, the home of the ancestors, from which the parents of Giacomo left to settle in Lucca.
The music that accompanies these places in the summer is that of the outdoor traveling festival, "il Serchio delle muse", an informal way of experiencing great music with the evocative scenery of the Apuan Alps and for the stage, the squares, the gardens, the remote and unusual places of the Serchio Valley.
Eighteen evenings with the best artists of national and international fame, concerts and performances, two Gran Galà della lirica, a double representation of the "Merry Widow", and above all full squares where sometimes the public returns home to take the chairs because in the square there are more places to sit, or light with a torch in a lane in the woods to go to the concert, humming the arias of the works that once were heard in the evening on the radio.