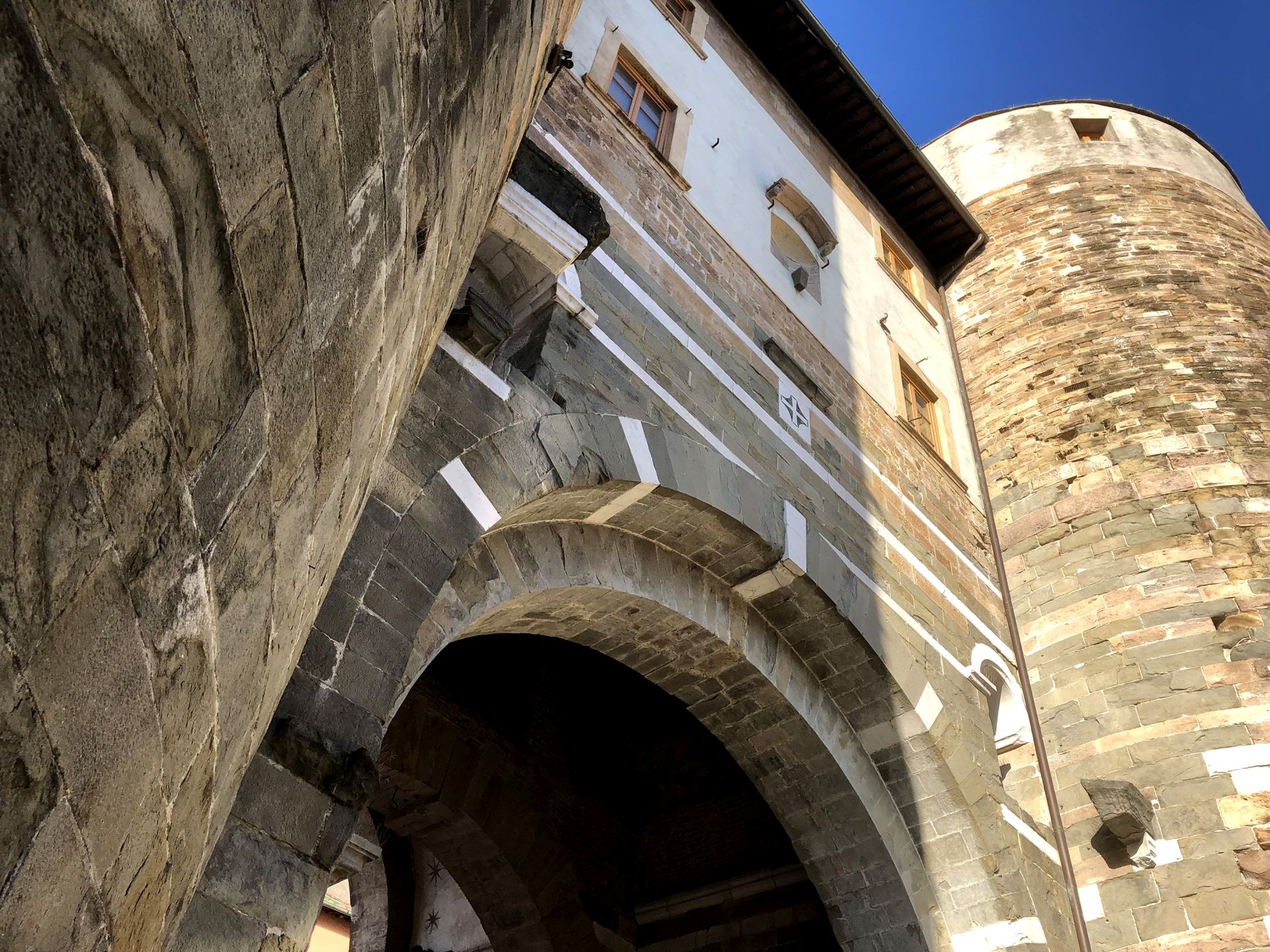 A day in Lucca with Dante

It has to be said that the people of Lucca, among the Tuscans, were not Dante's real  favourites....and  even in the Divine Comedy, except for a few characters, he always mentions them as a bad example, as flatterers, barterers and gluttons.

In the eighth circle of the hell bolgias, he meets Alessio Interminelli, a nobleman from Lucca. In the sixth part of the Purgatory, among the gluttons, the poet Bonagiunta Orbicciani from Lucca preannounces a stay in the city, reassuring him that he will be warmly welcomed . "Femmina è nata, e non porta ancor /benda"/ cominciò el, "che ti farà piacere / la mia città, come ch'om la riprenda". It is the mysterious Gentucca who will make Dante change his opinion about Lucca with her open-hearted attitude.

For some historians it is Gentucca Morla, mentioned in several documents of Lucca, who hosted the poet in 1317. The American writer Clayton Barbeau wrote a love novel entitled "Dante and Gentucca" (1974) about this episode. Who knows if it was an "amitiè amoureuse" or just an innocent sweet devotion for this woman who gently protected him, but in any case it was probably thanks to her that the poet reconciled with the city. Everyone says that they met at the so-called "canto d'arco", or rather at the intersection between via Roma, via Santa Croce, via Fillungo and via Cenami (the cardo and the roman decumano maximo), a traditional meeting point for the inhabitants of Lucca. From that point you can see the narrow perspective of via Fillungo and the Civic Tower that wasn't already decorated with the famous clock at that time. When Dante visited Lucca, it was very different from nowadays

starting with the city wall that was smaller and defended by round towers. Some sections of the medieval limestone wall instead of bricks, can be seen on the north side of the city, near the San Frediano platform.
Remains of the circular towers emerge on the square of the San Martino and the Santa Croce bastion.
The two entrance gates, Santa Maria and San Gervasio and Protasio, now inside the city as it is today, were located along the way of via dei Fossi. From the latter gate, arriving from Florence, Dante entered the city only after having passed the meticulous checks of the militias that presided over it. If you want to see a portrait of this city at that time, you can look for it in the San Paolino church.

In the left transept a large painting by Baldassare di Biagio shows, at the foot of the Virgin Assumption in heaven, the many towers of the already immensely rich city thanks to the production and trade of precious silks like those worn by the characters in the foreground.
The weavers' houses, which are not represented in the painting, certainly opened onto via Fillungo with their balconies and large windows that can still be recognized in the continuous façade of the street.
Surely he saw the great churches built a few decades earlier in the new architectural style imported by the Lombards: the San Martino cathedral with the sequence of historical panels on the facade and the elegant San Michele church on the ancient Roman forum, where, a few centuries later also a portrait of the poet was placed on the facade instead of one of the figures on the capitals, together with other great characters of Italian history and literature. The best part of the city is mentioned by Dante referring to the miraculous Volto Santo (verse 48 of canto XXI of the Inferno, first canto of the Divine Comedy) and Santa Zita (Inferno, XXI, 37-42). The Fatinelli house where Zita started to work at the age of twelve is located right in a small side street of via Fillungo, near the basilica of San Frediano. She was appreciated by poor people for her generosity and by the Fatinelli family for her dedication to work and her kindness.
Another maid of the Fatinellis, maybe because of envy, insinuated the suspicion that Zita was a thief. One day Fatinelli met her on her stairs as she was on her way to a needy family, and asked her what she had in the apron that was so full she could barely hold it with her hands. Although it was full of bread, Zita was frightened and replied that it was full of flowers for the Madonna, and when she opened her apron, flowers and leaves fell from it for real. Known for her gentleness and charity, Santa Zita was so strongly venerated in Tuscany that Dante identified her with the city in a positive image and as a further proof of the great popular devotion for Santa Zita. At the moment of writing the Divine Comedy she was already dead (1278), but she had not been canonized yet. In the house where she lived, in via Fatinelli, there is a small fountain that recalls one of her miracles. Since she had nothing else to offer, she turned the water of the fountain into wine for a poor and hungry pilgrim.
Her body, miraculously mummified at the moment of her death,  is kept in the church of San Frediano.  The flower dedicated to Santa Zita is the daffodil, usually offered in small bouquets, and symbol of the cult for the saint spread all over the world.