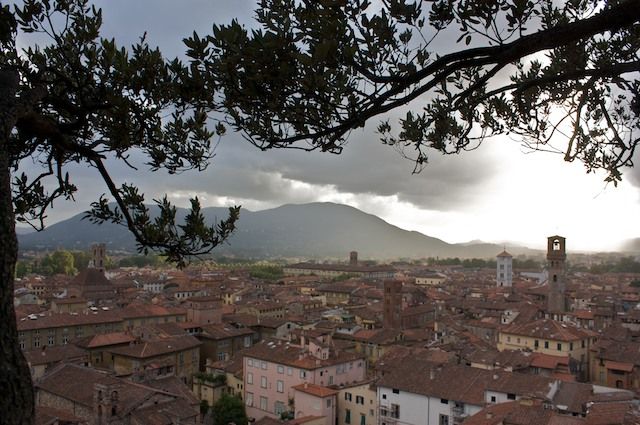 It's cold? Come to the musuem!

The winter months are particularly suitable for those looking for the truest face of the city.
On colder days the Museums are excellent shelters that help us to know unexpected or little known aspects of Lucca and often offer activities to do in a group with friends, family and ... to Lucca!
We propose some, known and less known, for an unusual afternoon in Lucca

If the idea was to take a walk,

you can still walk on the "virtual" Via Francigena, to the Francigena Entry Point, a wonderful opportunity to spend the afternoon with your family and make, thanks to videos and interactive activities, your own " Francigena experience ", from the preparation of the backpack, to the route in the Francigena landscapes, to the table on which to choose their own pilgrim menu and listen to the history and characteristics of the dishes directly from the voice of the Oste.

After the visit of the Museum, in some days after the visit to the Museum there are active laboratories where the students can participate alone or in the company of the whole family in which to devote to the art of the coinage (January 27), the "roar of the stone "(24 February) or take part in the game of the goose on the Via Francigena (31 March).

Many ask themselves about it, if they visit Lucca and know its millennial history. For the most curious many answers are at the Archaeological Site- Museo Domus Romana ‘Casa del Fanciullo sul Delfino brought to light in 2012 during renovations in the basement rooms of the historic building in the center of Lucca. Preserves and presents wall structures and findings of more than 2000 years: Roman epoch I ° sec. a.C., Longobard, medieval, renaissance.

Never so much history has concentrated in a space so content and full of stories of every age. In addition to the classic route of view, at the Domus you can book personalized itineraries with activities of textile laboratory or antique coinage, archaeogastronomic routes with final tasting of historical delights including the Garum and mead or even try the experience of "Gustatio" Historie ", visit to the museum with dinner on the spot, for small groups.

More than a museum,

a home, Puccini Museum the birthplace of the great Master full of wonders for adults and children where you can turn, as guests, to the rooms, open drawers, find documents, admire the costumes of the works and ... with Giacomo! The museum offers a calendar of special workshops for children in which to create masks of Carnival inspired by the protagonists of the works (January 27), characters of all kinds: ladies and knights, cowboys and Indians, princesses, painters, geishas, ​​officers of marina, mandarins and emperors; or spy on the background of the Works narrated by the characters of the non-protagonist works, Monsieur Benoît, owner of the four penniless artists of Bohème, La Ciesca, wife of Marco Donati cheated by Gianni Schicchi, Billy Jackrabbit, Indian redskins and the Mandarine of the Forbidden City , which in the work are only short appearances, but for one day they have rebelled and reveal everything that is not told in the plot of the works.

Housed in the former lodges of the Guinigi family,

the Museo della Fondazione Barsanti e Matteucci is an exhibition dedicated to the life and works of the two Lucchese scientists, inventors of the internal combustion engine. The Museum hosts a fascinating reproduction of the engines studied and invented by Father Eugenio Barsanti and the engineer Felice Matteucci who, starting from 1851, joined their skills with the aim of creating an engine that was more practical than the steam engine, using the explosion of a gaseous mixture capable of producing movement. Furthermore, until 31 March, among the scale models of the four models of engines working with compressed air, in the exhibition halls of via Sant'Andrea there is also a legendary Ferrari V10 engine, a ten-cylinder jewel created by the designers of the Maranello house. for the single-seater that led Michael Schumacher to his first Ferrari victory in 1996.

And right in front, the Guinigi Tower is not a museum and in winter it can be windy, but ... how to give up the panorama of the shining city roofs, the snow-covered Apuan Alps, the hills wrapped in the mist or the bright lights of the late afternoon that give skies and sunsets with surprising and spectacular colors.

If the cold has not passed by, take a leap into one of Lucca's fragrant chocolates and you're done!