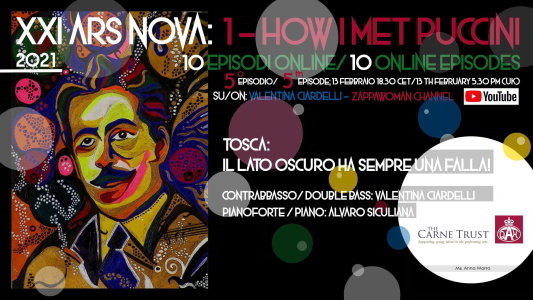 5th appointment for the "digital season" of the Teatro del Giglio with a totally new streaming edition. Talk and music to reveal and tell about the various aspects of being a musician, proposing ideas and suggestions to the audience.
A combination between educational TV series and live recitals, retracing ten titles of the Puccini repertoire, from Le Villi to Turandot. A series of appointments of 45 minutes each, every two weeks.

In the program today, Saturday 13 February