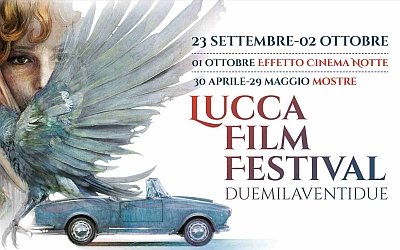 Lucca Film Festival and Europa Cinema is a film culture festival in a multidisciplinary dimension with a unique format making it different from other European festivals.
A daring and carefully selected program ranging from traditional to experimental films with screenings, exhibitions, conferences and concerts including experimental as well as mainstream cinema.