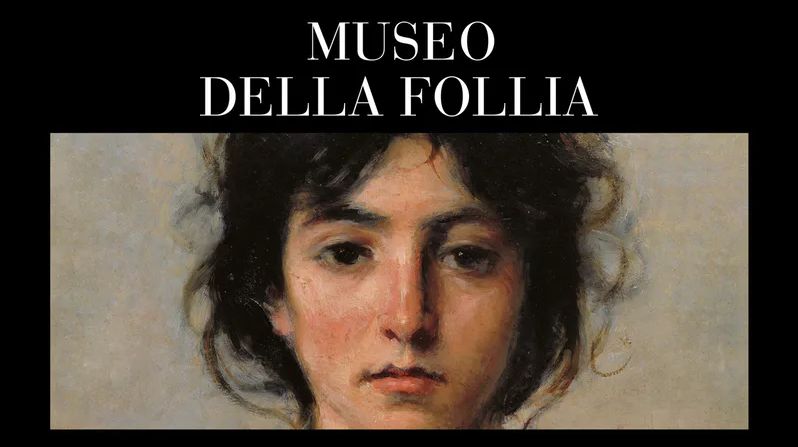 A journey through the lives and sufferings of various artists in which creativity and madness come together in the indelible representation of the most obscure part of the human mind. A unique environment that houses some masterpieces of the great history of international art, belonging to prestigious private collections and important Italian and international museums.

The leitmotif of all the works on display, traveling, already presented in other cities, is precisely the link between art and madness, the wavering of the minds of men like Van Gogh and Ligabue, the artists were able to transform the world. Your problems in real masterpieces.

Paintings, sculptures, photographs, documentaries, interactive and multimedia installations deal with the theme of madness. Among the exhibited artists: Lega, Mancini, Pirandello, Ligabue, Bacon. On the occasion of the Lucca stage, particular attention will be paid to the Tuscan artists. A fundamental section of the project includes a repertoire of documents, objects and testimonies of the history of psychiatric hospitals in Italy and their protagonists.

Inside the art, through the art

Eighteen halls set up inside the Cavallerizza, over two hundred works exhibited among paintings, sculptures, photographs and multimedia installations. Masterpieces from the nineteenth century to today, authors who represented madness or who have lived with it: among them Silvestro Lega, Antonio Mancini, Antonio Ligabue, Fausto Pirandello, Francis Bacon. And in parallel, the results of scientific knowledge and historical documents to explain the social dimension of alienation, the behaviors that society and institutions have had to accept or, more often, face or deceive to annul it.

The edition of Lucca

will have a particular connotation, considering the links that this city has had with mental health care thanks to the structure of Maggiano and Mario Tobino, central and "complementary" figure of Dr. Basaglia in the history of treatment of psychiatric patients in Italy. As a doctor, Tobino has followed the treatment of psychiatric patients in Italy every season: the work and figure of the professional and literature will be highlighted in the exhibition. The Maggiano psychiatric hospital, just a few kilometres from the silent city walls, on the hillside and a stone's throw from the Serchio river, is a large building that evokes times not far away, where inmates squeezed into empty spaces.

The old psychiatric hospital, enhancing the figure and work of Mario Tobino, who was its director and extraordinary witness and divulger through his literary works, such as the novel "Le liberi donne di Magliano".

will give a lectio magistralis to Maggiano. The old psychiatric hospital is a treasure trove of memories, suggestions and suffering that the city has proven to love.

"When I thought about the project of the Museum of Madness, I imagined a path that would allow the visitor to explore all aspects of the strait and, often, the inseparable link between art, genius and madness.
The same madness that has crossed an infinite number of artists whose sensitivity and fragility has become a creative and artistic genius that we contemplate today in the main museums of the world.
An exhibition preserved in every detail and proposed through a scenographic configuration that feeds the dialogue between the contents of the exhibition and the recently restored exhibition spaces of the Cavallerizza di Lucca. "

The desire of the curator, Vittorio Sgarbi, is that all young students of Italian schools can immerse themselves in this unique and different experience.
Every Wednesday at 3.30 p.m. it is possible to have a free guided tour, upon reservation, according to availability, by contacting biglietteria@museodellafollia.it. The guided tours are organized by specialized personnel of the Museum of Madness.