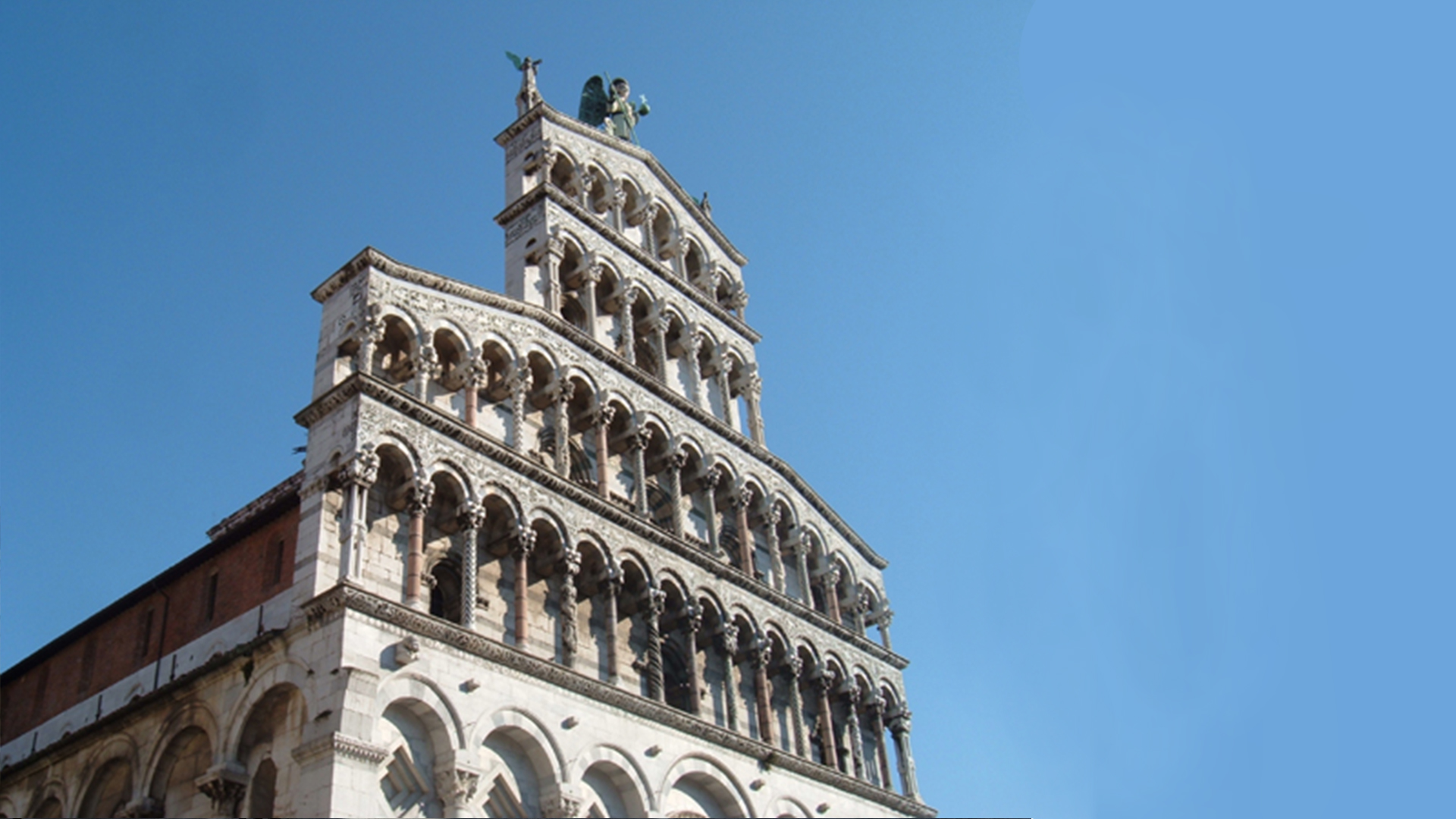 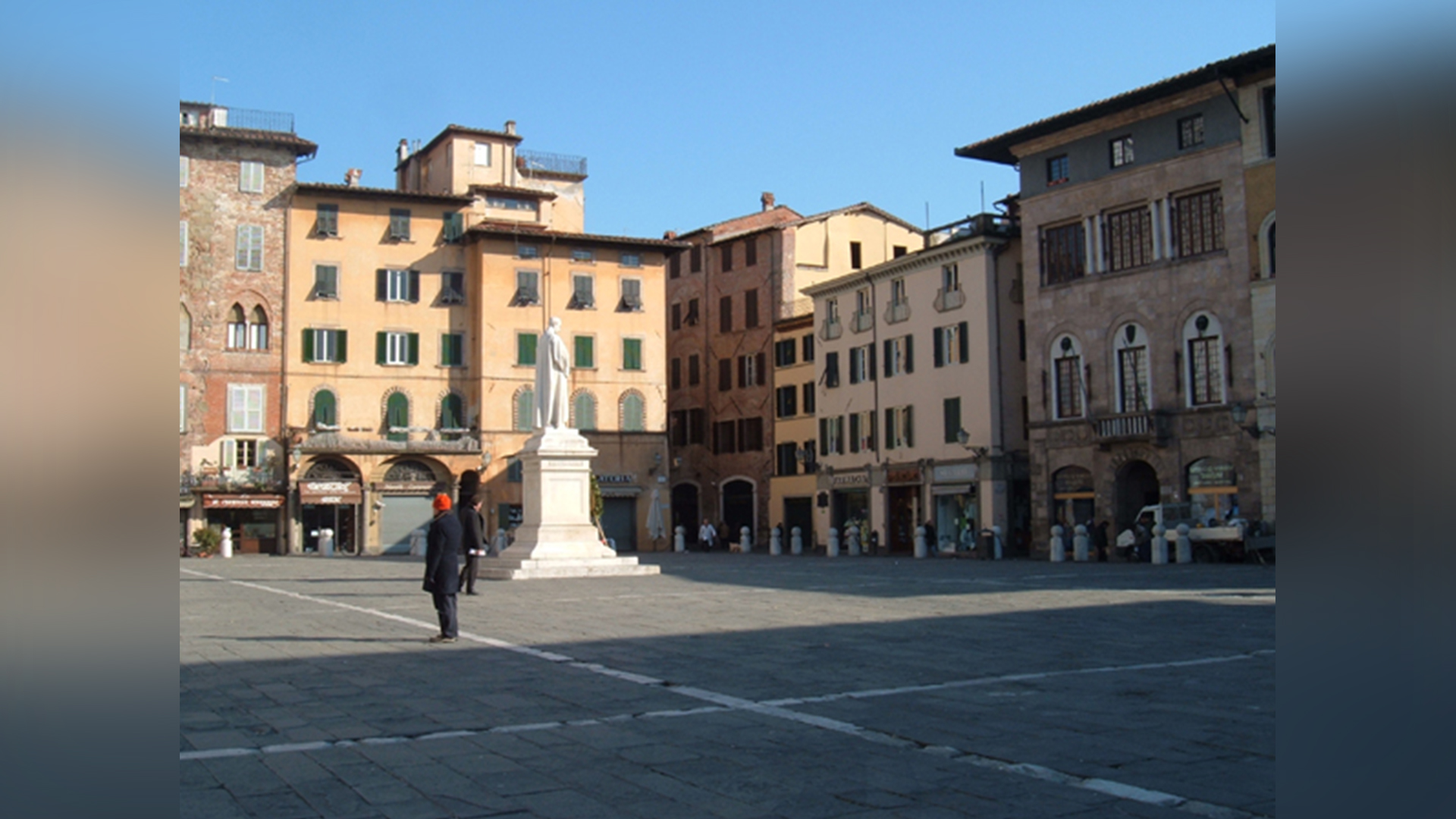 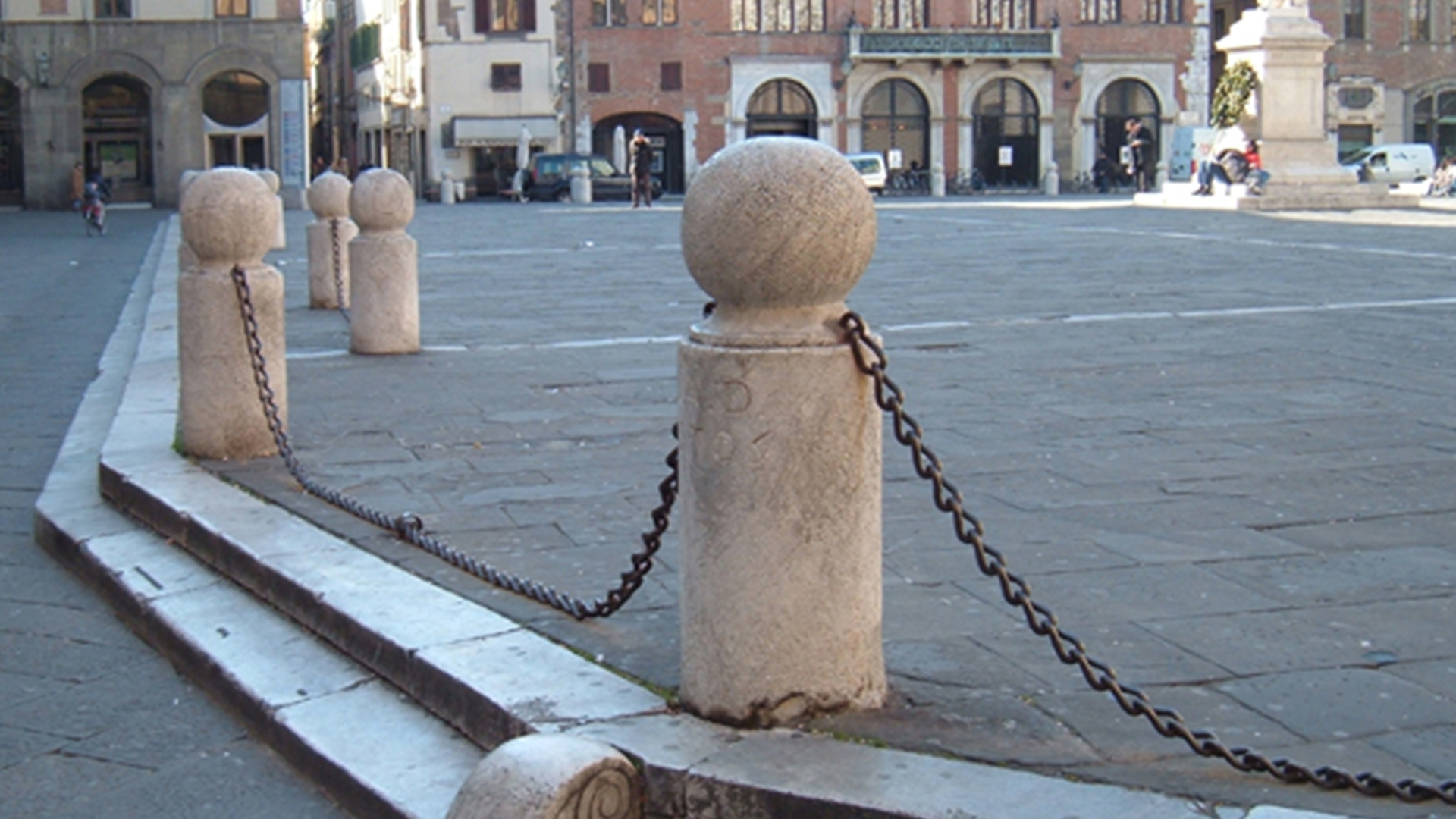 The Church is located in the Square of San Michele, which occupies the original area of the Roman Forum, the centre of the city and location for meetings and trade. Until 1370, the Square hosted of the meetings of the Great Council, the highest legislative body of Lucca.

Documented for the first time in 795 under the name of ad foro, the present church was built starting from 1070 by Pope Alexander II. The works lasted for long and this has led to the juxtaposition of different styles. The result is a basilica in Gothic style with Romanesque motifs.

The Church of San Michele has a Latin cross plant. In the 12th century, the bell tower was erected on the south transept of the building. Lucca’s ancient chronicles report a curious detail about it. It is said that the Doge of Pisa, Giovanni dell'Agnello, during its lordship (1364-1368), wanted to take the top floor down either because it was taller than the Augusta tower, used the exchange communication signals with Pisa through the mountain of San Giuliano, or because the sound of its bells came to Pisa. Among the artworks, there are a Madonna and Child in glazed earthenware by Luca della Robbia and a table depicting the Four Saints by Filippino Lippi.

On the front, it stands the large marble statue of the archangel Michael, with wings and metallic foils, destroying a dragon with a spear. A legend tells that in the angel’s ring is set a diamond of enormous size and that it is possible to see it twinkling from a certain spot in the square when the darkness falls.