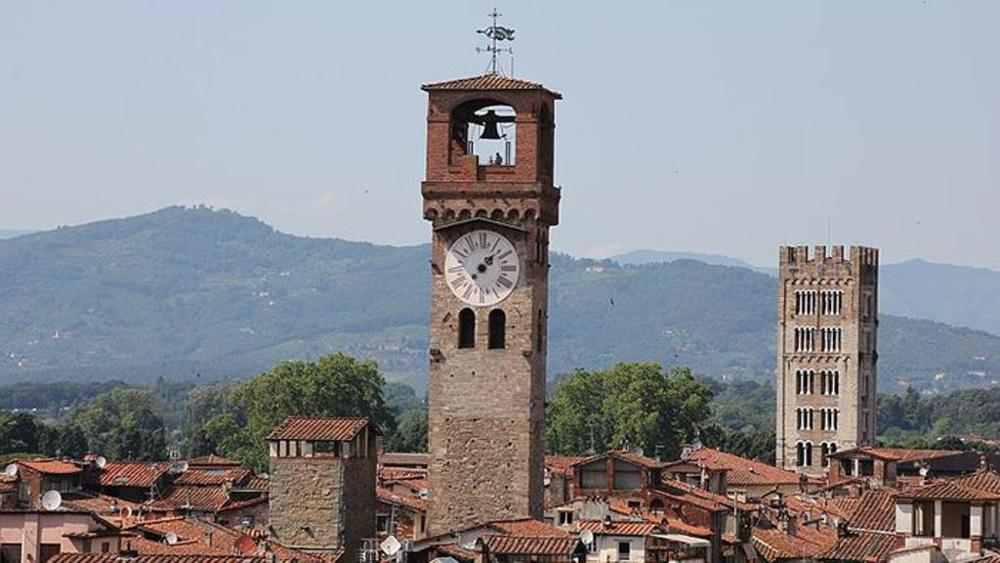 The time of Lucca

Bell'Italia, a well-known television broadcast on air on RAI 3 at 11:00 am, in the episode of January 20 dedicates a nice report to the Clocktower and its centuries-old clock that from Tuesday 16 January will mark the time of Lucca again, as it did for many centuries before it got damaged.

The works, financed by the Opera delle Mura institution of Lucca with an amount of 7,550 euros, are being concluded, and will allow the ancient three bells to ring and sign the hours again; indeed, according to the tradition, sounds will alternate every quarter of an hour. However, in order not to disturb and avoid nocturnal bell ringing, the chimes will resound daily only from 8.00 am to 8.00 pm.

To easily allow the tower to be silenced during the rest hours of local residents, in these days the new electronic timer will be installed to control the sound of the bells without changing the mechanism of the ancient device made by the watchmaker Louis Simon from Geneva in 1752 for the Republic of Lucca.

Luois Simon's Clock, restored by the Rotary Club of Lucca, as part of a large project for the enhancement of the monument, and exhibited at the Banca del Monte in spring 2017, is now relocated to the top of the tower where it turns the hand of the large dial again.

Rented by the City of Lucca and then bought by the Diversi family, the clocktower delle Ore has housed since 1390 the public clock initially equipped with the striking only of a single bell. A century later the dial was applied. In 1752, after various modifications of the mechanisms over the centuries, the Republic of Lucca commissioned the watchmaker Louis Simon from Geneva to build a modern mechanism which was installed two years later with the collaboration of the watchmaker Sigismondo Caturegli from Lucca, equipped with a new dial and three new bells, cast by Stefano Filippi from Lucca. The sound of the hours is Roman (from one to six) and is marked by the larger bell, while the quarters are sounded by two smaller bells.