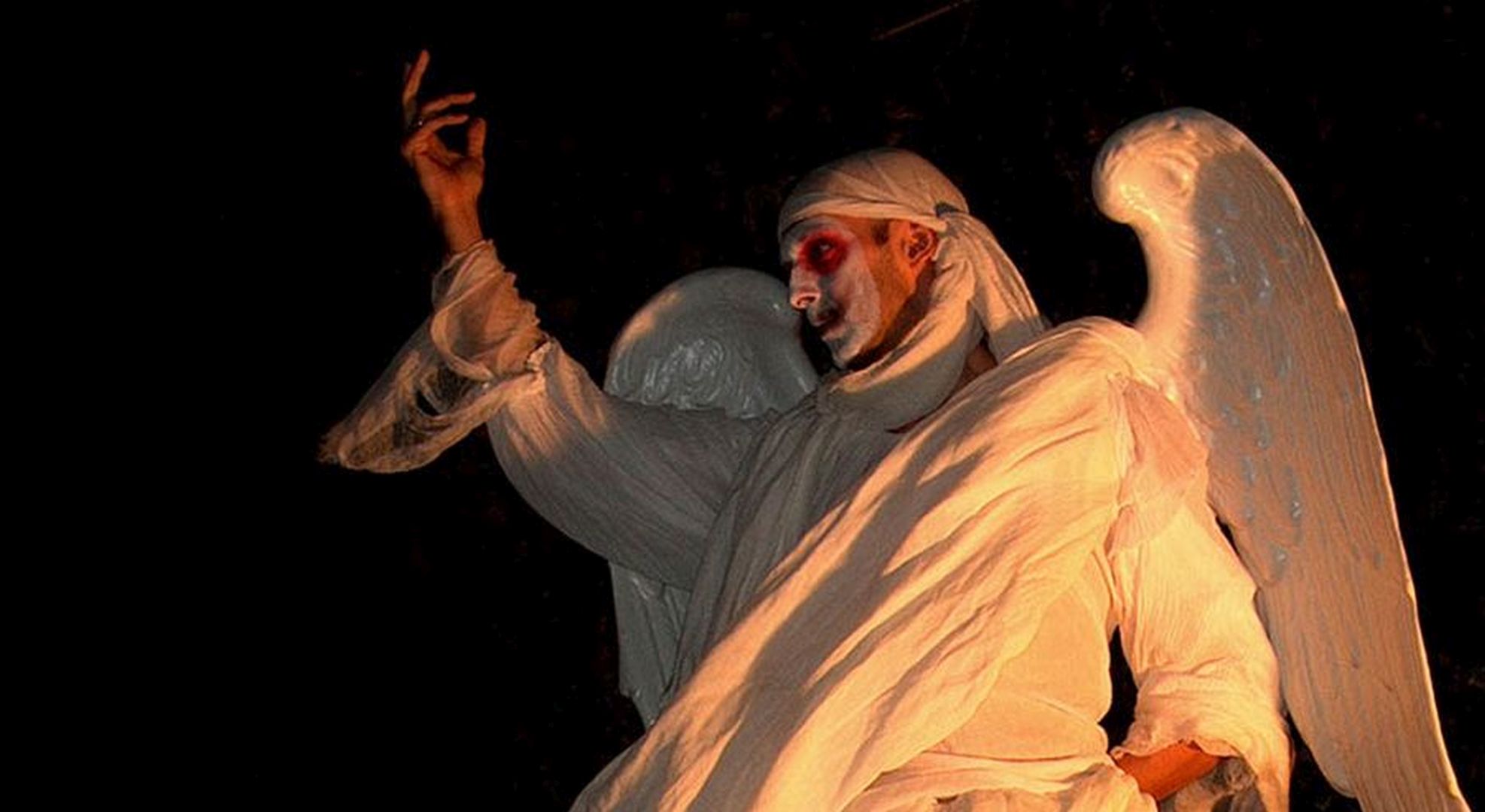 Monte Pisano is an interesting point of view for the local geological history and the upper Tyrrhenian.

Sandstone and limestone alternate originating different landscapes in a very small space. In these reliefs close to the Apuane, the limestones preferably emerge, "poor" relatives of the most precious marble, used in most of the Lucca churches and forming landscapes common to Corsica, Liguria and Sardinia. 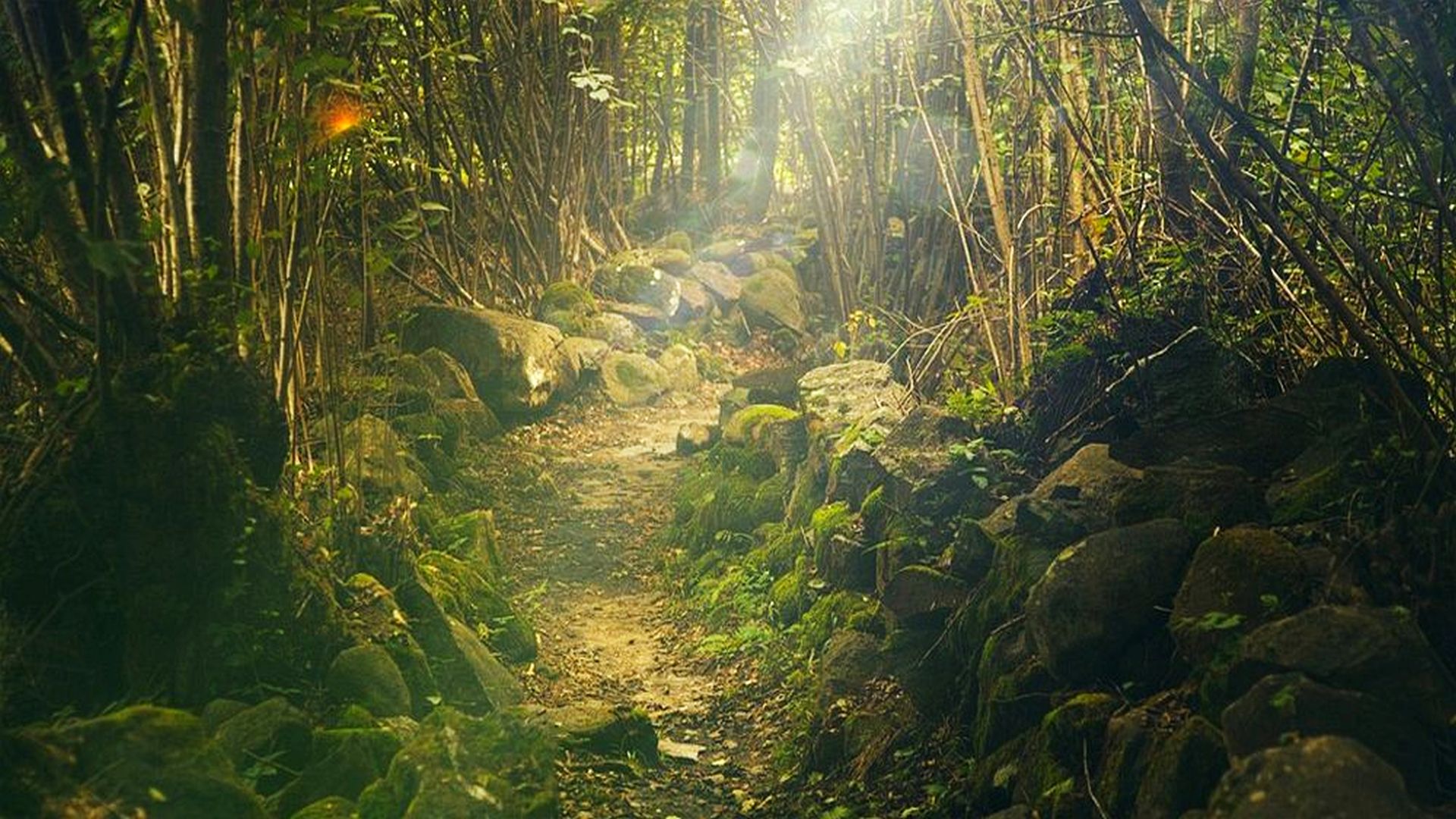 This porous limestone subsoil absorbs water quickly and on the surface, the soil is home to rather sober vegetation. Small plants with minute blooms may perhaps disappoint the eye due to their apparent roughness, but in certain seasons they enhance the sense of smell with refined and unusual aromas.

The myrtle is the most widespread bush, accompanied by the cistus, rare ferns, the very fragrant helichrysum, the sunny broom, precious orchids and euphorbia, the beautiful camellias, come from the east together with the rich loads of thirst and spices and other plants ornamental. On the more humid slopes and in the small hills, on the other hand, the Mediterranean wood is dominated by holm oak, which is accompanied by the holly and butcher's broom with beautiful Christmas berries, the scented inflorescences of elder, the strawberry tree that colors the autumn forest with the great red drupes. The undergrowth is populated with wild boar and timid hedgehogs. Out of the corner of your eye, you can see on the trees, fast movements of dormice and squirrels, and on the upper branches, jays, thrushes, hoopoes, tawny owls. In the perimeter of Monte Pisano there are numerous protected natural areas that can be visited, including the oases of Bottaccio and Gherardesca on the Capannorese side which, in passing seasons, welcome large flocks of migratory birds. The romita, the Grotta del Leone, the Cavernetta del Tasso, the Buca dei Ladri, the Buca delle Fate, the summit the Sugheretta, the Buca del lago, the Buca della tavolaccia are the fantastic names of the caves that open into the massive limestone.

Carved out by the action of the rains, they give rise to karst phenomena and fantastic hypogean landscapes much loved by speleologists. On the bottom of many cavities the waters still form small lakes of suggestive transparency. In these evocative landscapes, water also takes on unique properties in the form of miraculous drops that cause headaches and other ailments to pass.

Already Pliny the Elder, Queen Margaret, the poet Ugo Foscolo cared for the "calidae acuae" of the springs of San Giuliano. A similar fame is enjoyed by the "balneum et fontanam of Uliveto, mentioned in a document of the Thousand which praises the healthy virtues of its water.

Monte Pisano is very rich in groundwater that returns to the surface to feed, in addition to the temrali establishments, the historic aqueducts of Pisa and Lucca and the fountains of the respective cities. 934 equidistant arches made with mixed masonry of pitrame and bricks, cover the 6 kilometers from the loot of San Rocco in the valley of the sources, up to the city walls of Pisa they constitute the Medici aqueduct that the Graduca Ferdinando de 'Medici had built taking inspiration from the tried and tested technique plumbing of the ancient Romans. The second, 413 arches, 14 fountains, 56 springs, built in the nineteenth century by the royal architect Lorenzo Nottolini is one of the most interesting modern architectures of the Lucca plain, a "monument" in the countryside. On a small bridge near the springs an inscription commemorates the date of completion of the works, 1836. Everyone in Lucca knows this place as "the golden words". The water of these springs, one of the best mineral waters in the area, preferred by many Lucchesi to that of many bottles. 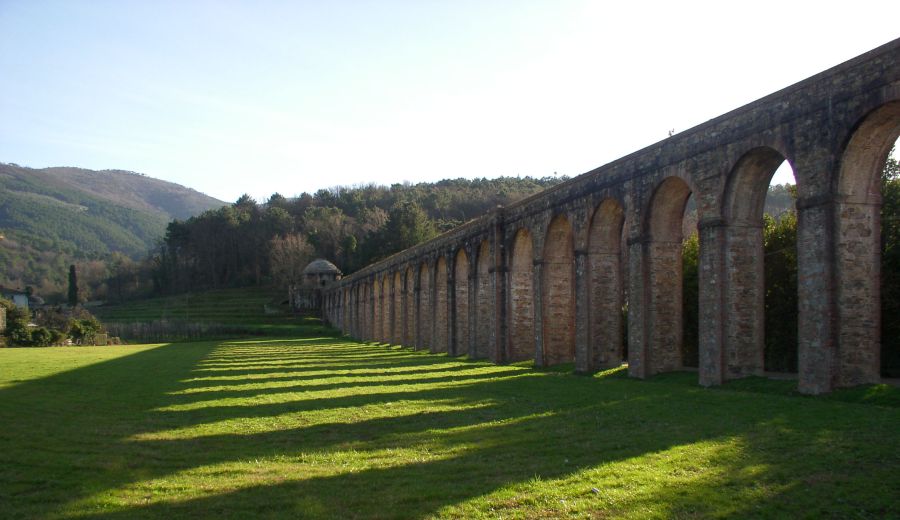