History at the museum

The museums inside the city wall tell visitors about the history of Lucca, from its foundation in the second century BC up to the most recent events.

Collection of Longobard parchments from the Diocesan Archives of Lucca. UNESCO heritage 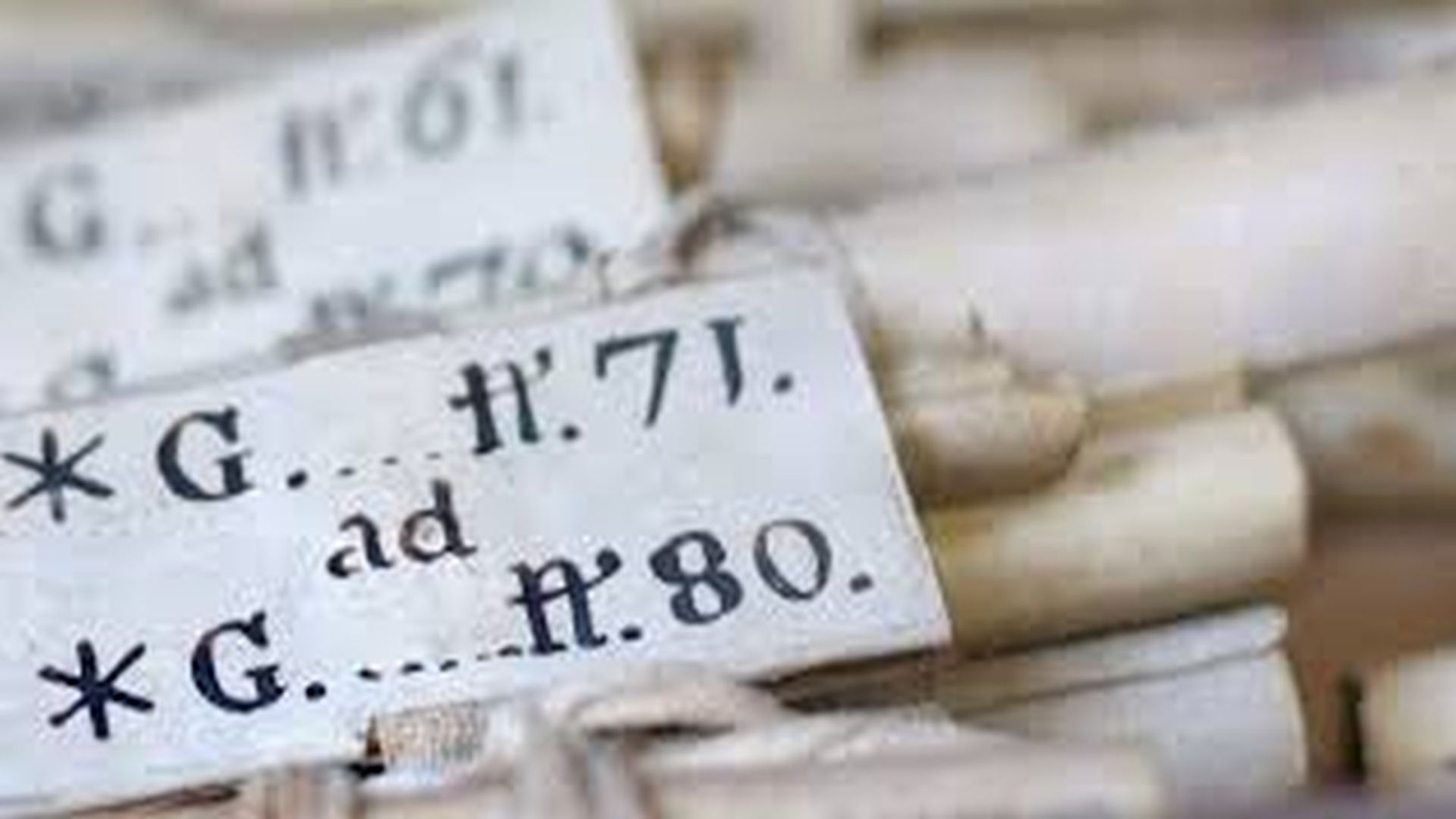 Illustration from the Liber Divinorum Operum by Hildegard von Bingen by the Regular Clerics of the Mother of God convent in Lucca. State Library of Lucca 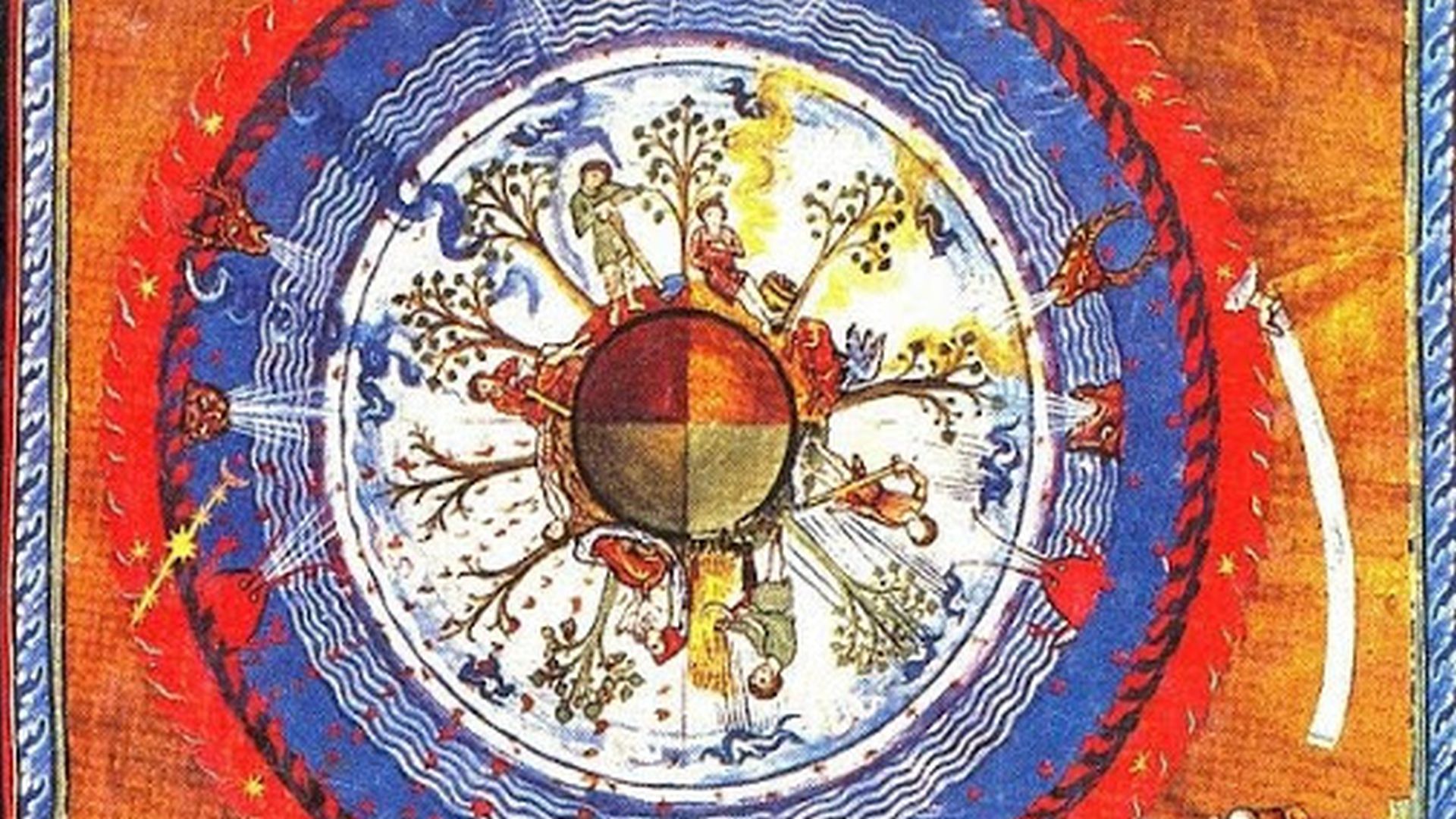 Let's start from the beginning.

Lucca was an important Latin colony, strategic for the defense of the empire from Nordic populations.
The Domus Romana Casa del Fanciullo sul Delfino is a small archaeological site from the 1st century BC in the city center. At the time of its construction, the city was positioned a few meters lower and so, in the cellar of the building as we see it today, some rooms that once overlooked one of the main streets were found. From the entrance hall of the building, the rooms of the Renaissance cellar open up in a charming atmosphere.
The site offers a reconstruction of the original rooms of the domus as well as significant architectural evidence and finds from the Lombard, medieval and Renaissance period, objects of daily and religious life, fibulae, coins and terracotta pottery. Tasting typical dishes and drinks from recipes of the ancient Roman cuisine, in a real Roman house, is just one of the experiences that can be done in this small but lively museum.

Domus Romana - house of the boy on the dolphin 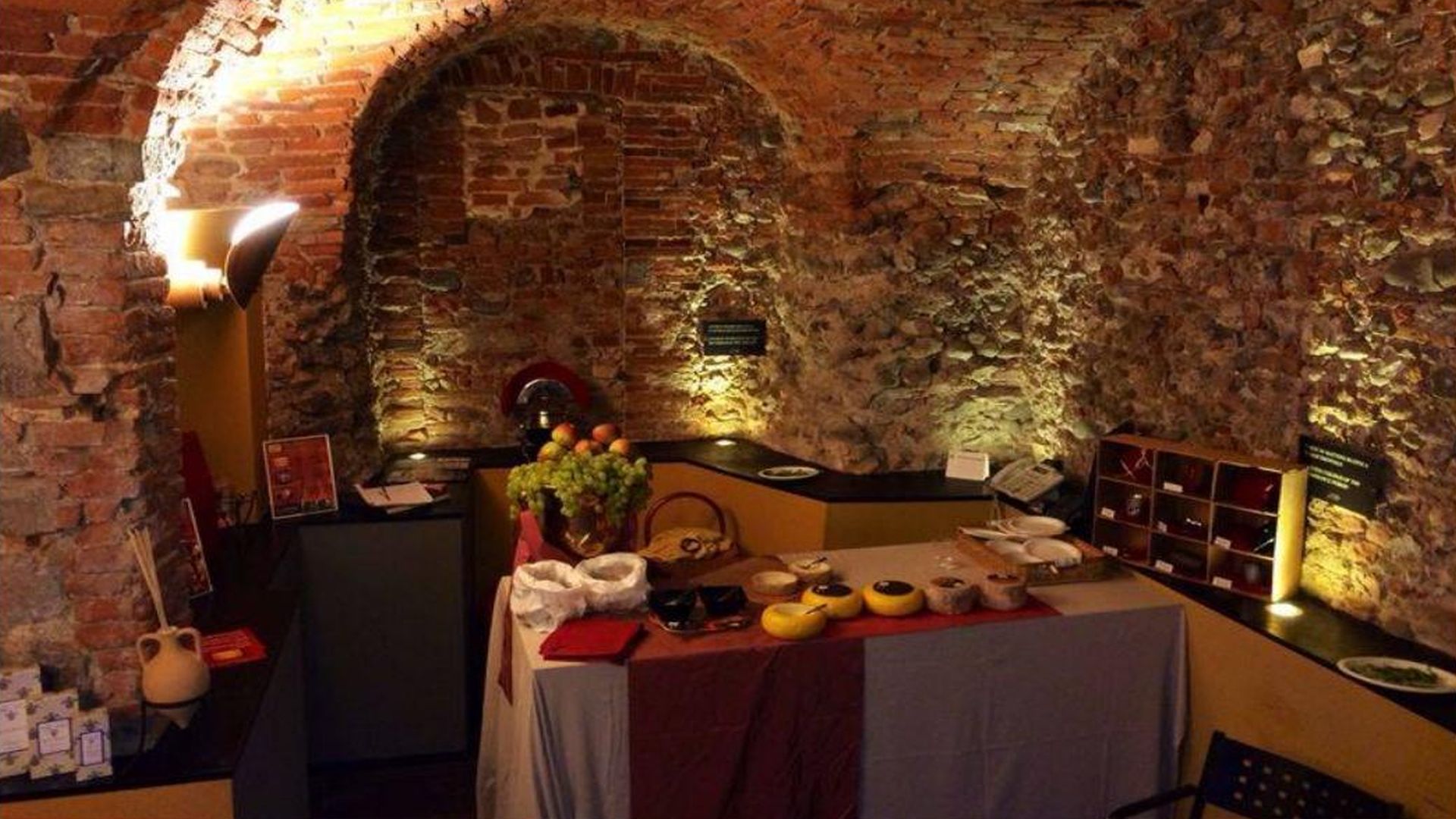 Thanks to its strategic position and the political importance it reached over the centuries, the city became a transition and meeting point for various populations in the High Middle Ages who contributed to its cultural and monumental wealth. In the squares, the great churches testify to this multiculturalism of the city.
The Diocesan Historical Archive collects documentary funds from parishes and private individuals including five diplomatic collections, for a total of over 13,000 parchments starting from the year 685 of which 1,800 documents prior to the year 1000 and 156 parchments from the Lombard period, the half of the existing heritage, that means the largest collection in the world for its age and consistency included in the UNESCO World Memory of the World Register.

Another important and very ancient collection is the Antica Zecca di Lucca which, from the Lombard period up to the mid-19th century, produced over two thousand types of coins. Since 650, Tremissi d'oro and Grossi coins with the image of the Volto Santo (the Holy Face), and other kinds of money have been minted there for European countries over about twelve centuries in this long-lived workshop.
In addition to the coins, it is also interesting to see the two manual and mechanical cones at work, operated by the Mint masters, in the Museum's premises, above the City Wall. 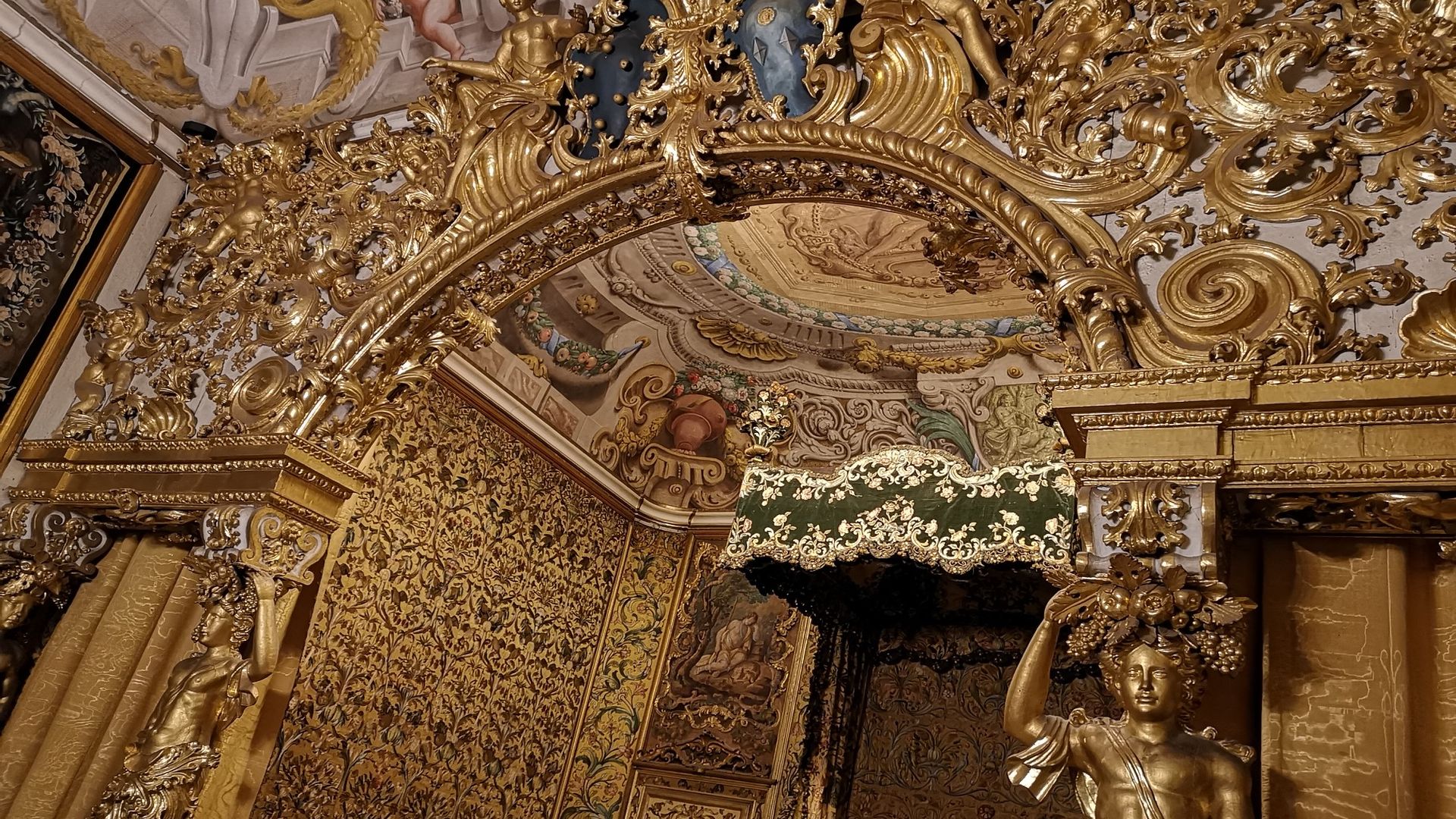 With the political and commercial fortune of Lucca, and the arrival in 742 of the miraculous crucifix of the Volto Santo (the Holy Face), International contacts intensified. The merchants headed to north with their precious load of fabrics and tapestries and pilgrims came to Lucca from north, on their way along the Via Francigena, and stopped to pay homage to the Volto Santo.

At the Via Francigena Entry Point, in addition to learning about the history of the Via Francigena, you can make a "virtual" pilgrim experience: establish your own pace and choose your own pilgrim menu following the advice of the Host, travel in space and time all the way up to Rome. An evocative installation animates the walls of the basement with images of ladies and knights in an innovative immersive multimedia path.

At the Cathedral Museum you can discover the rich artistic heritage of the Cathedral of San Martino. Eight rooms with lithurgical books and illuminated manuscripts, sculptures, paintings, gold and precious fabrics, the "Croce dei Pisani", a masterpiece of fifteenth-century goldsmithing, and the treasury with the jewels of the Volto Santo, the wooden crucifix symbol of the city kept in the nearby cathedral. The "treasure" used to decorated it on the days of the Santa Croce feast, on May 3 and September 14, is an authentic goldsmith's masterpiece. The crown, the collar, the bands of the robe and the diamond jewel created by the French goldsmith of the court of the Sun King are part of the kit.

the Holy Face in Lucca 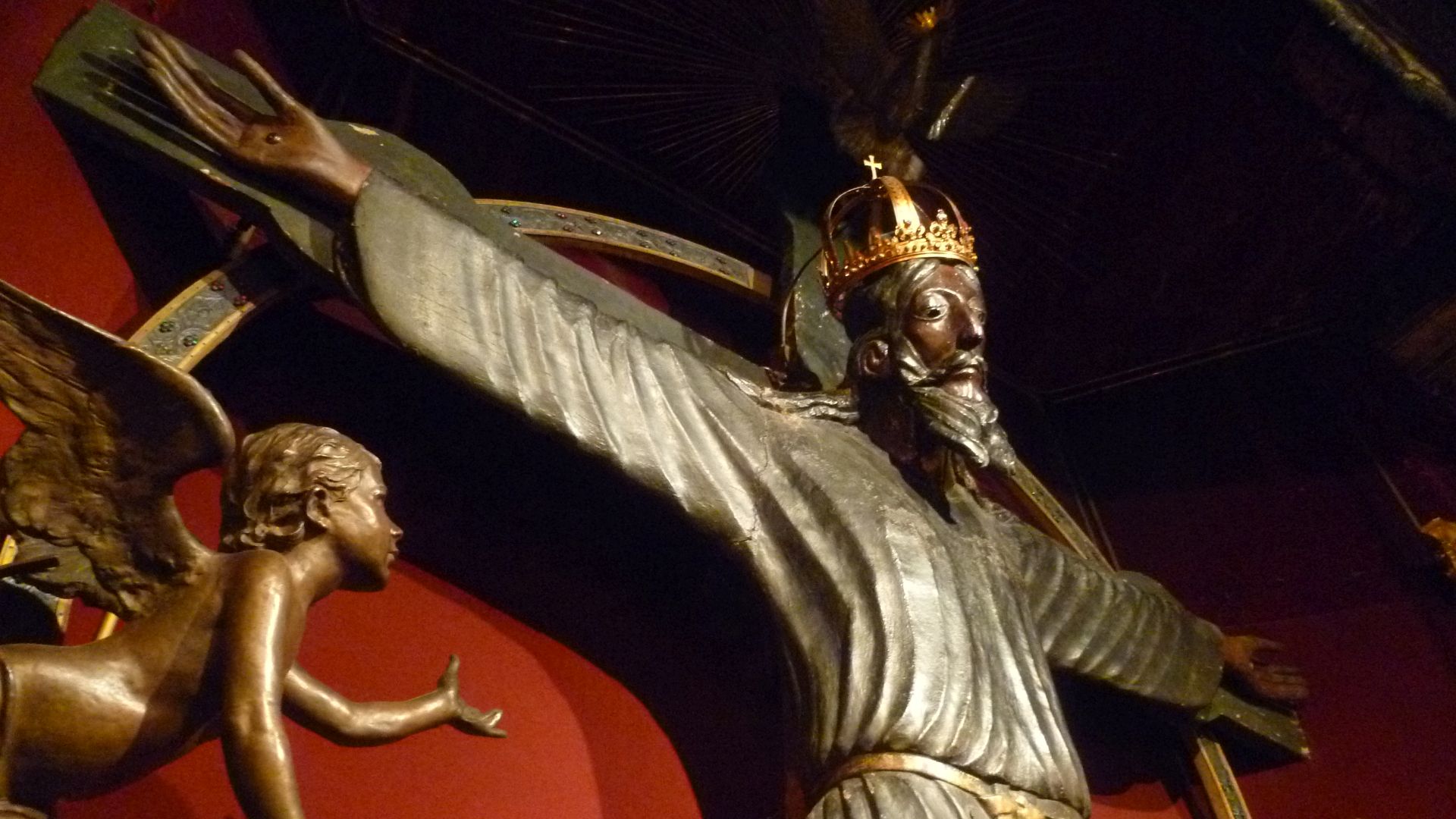 Labirinth on the facade of cathedral st. Martin in Lucca 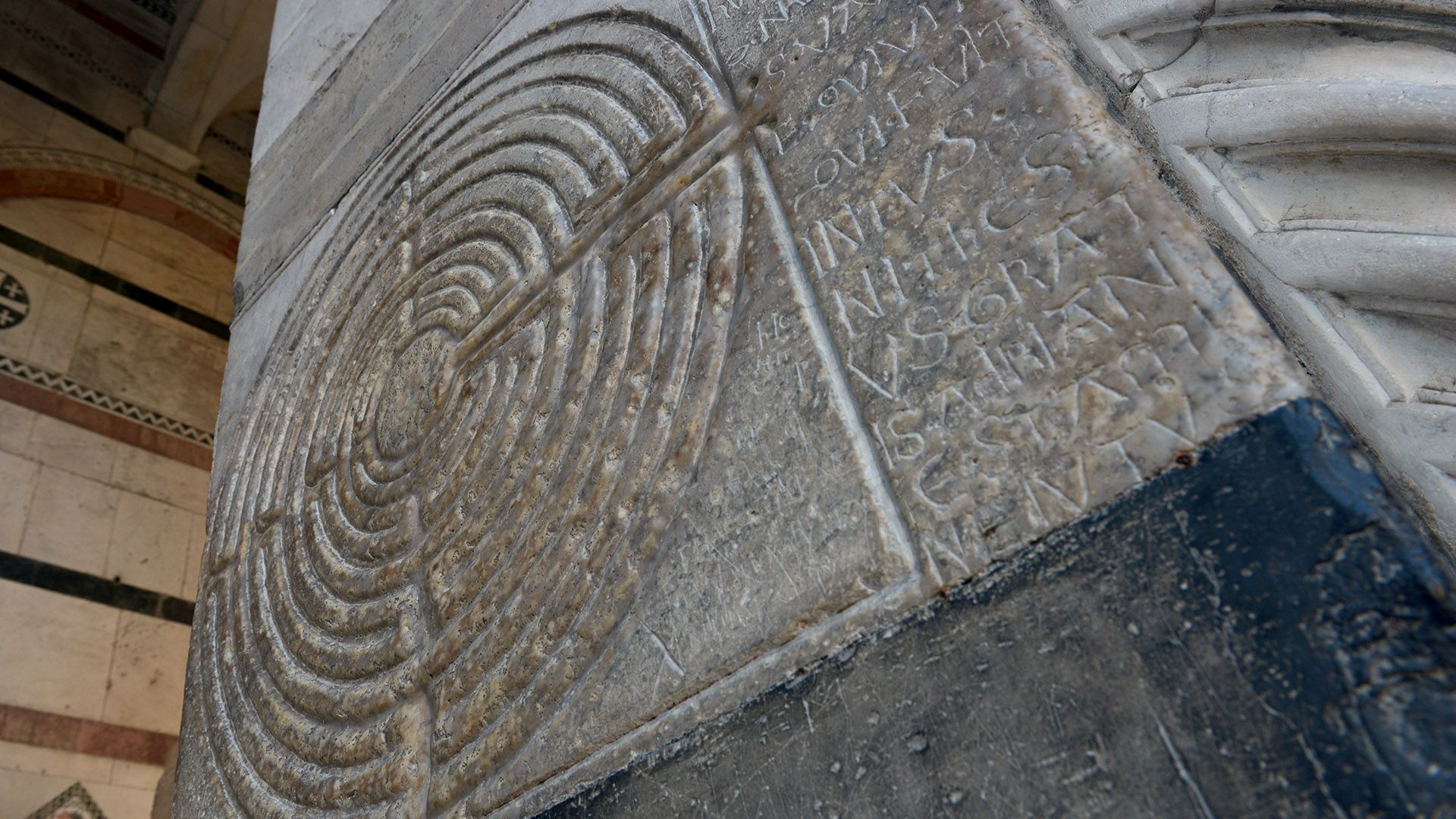 Credential symbol of the pilgrimage to the Volto Santo in Lucca 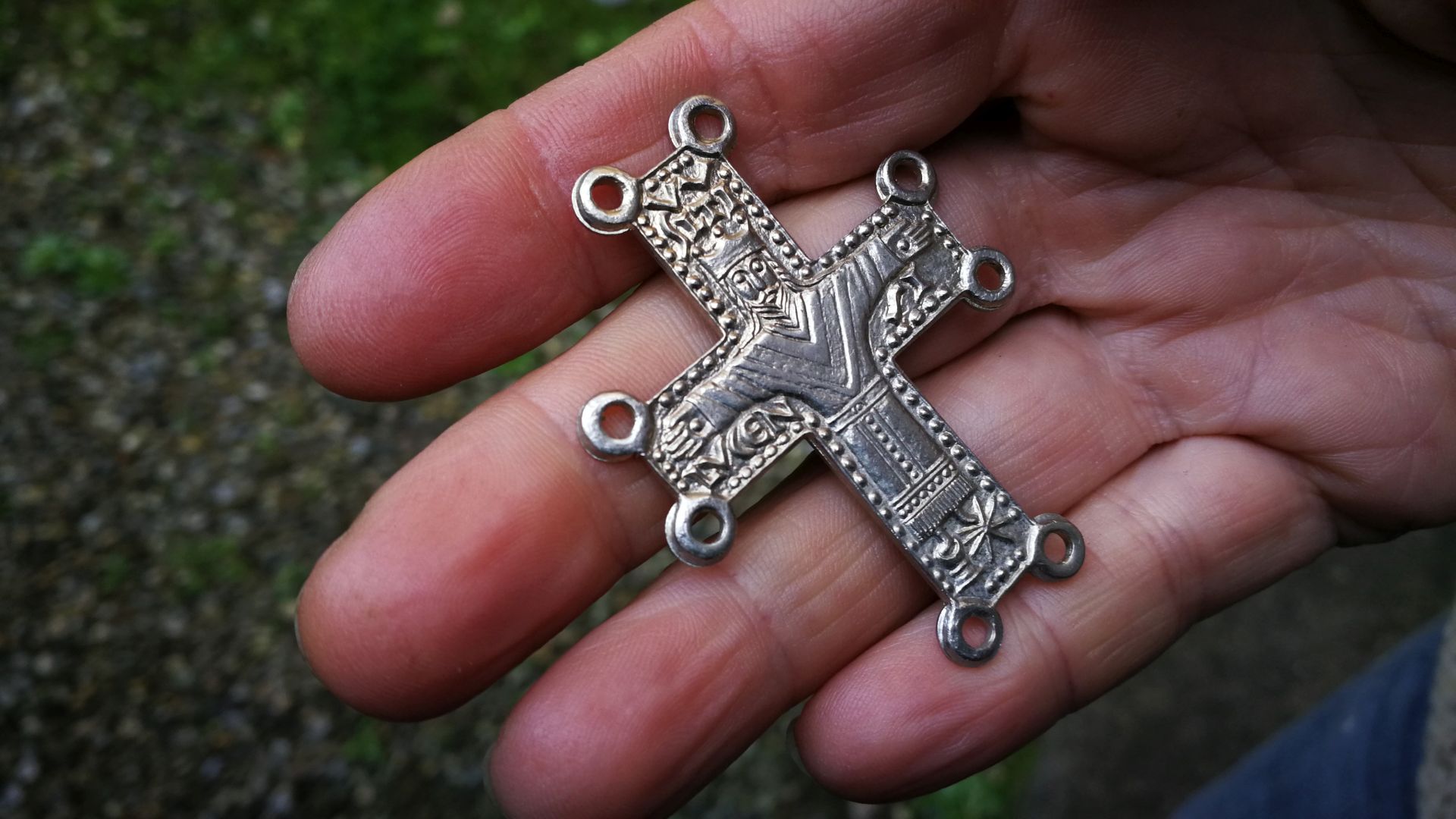 Two brief but intense moments in the history of the city are narrated in the settings of two small but precious museums in the Ducal Palace. With the help of immersive videos, historical objects and projections over time, the Museo del Rirsorgimento briefly recounts the experience of this historical period in Lucca with facts and characters who contributed to the founding process of national history.

In the chapel of Santa Maria della Misericordia in the Ducal Palace, the "Museo Paolo Cresci per la storia dell’emigrazione italiana" is one of the richest collections of existing documents on Italian emigration.

Letters, diaries, documents and photographs belonging to everyday life reveal the journey of migrants from their departure to their search for a job in the new host city. The documents exhibited in the small museum accompany visitors through the history of the city which represents the history of entire Italy and invite to reflect on the themes of diversity and identity, hospitality and tolerance, also through the comparison with different cultures. The exhibition path is a multimedia experience supported by historical films, sequences of famous movies and interviews with the protagonists. 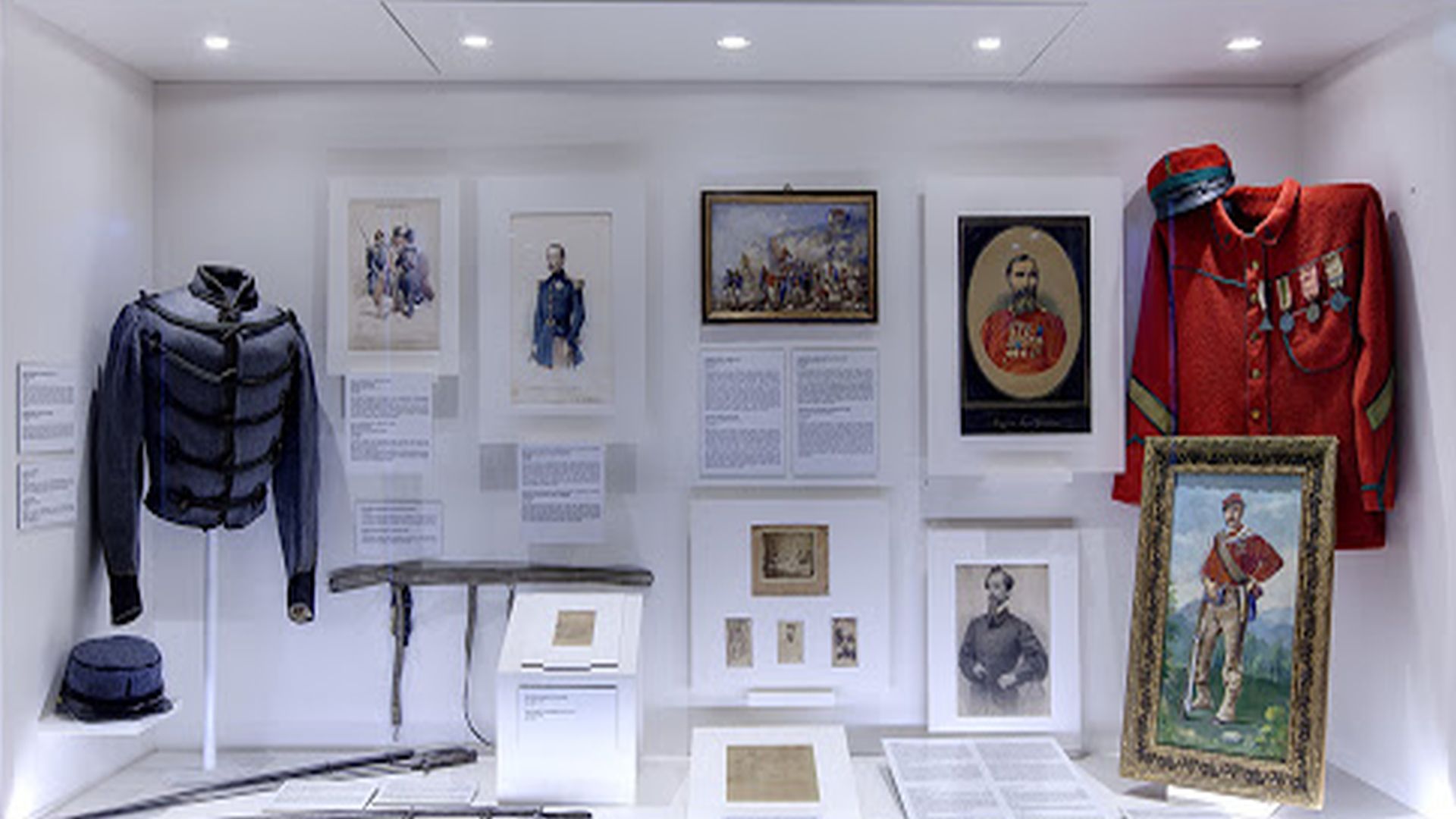 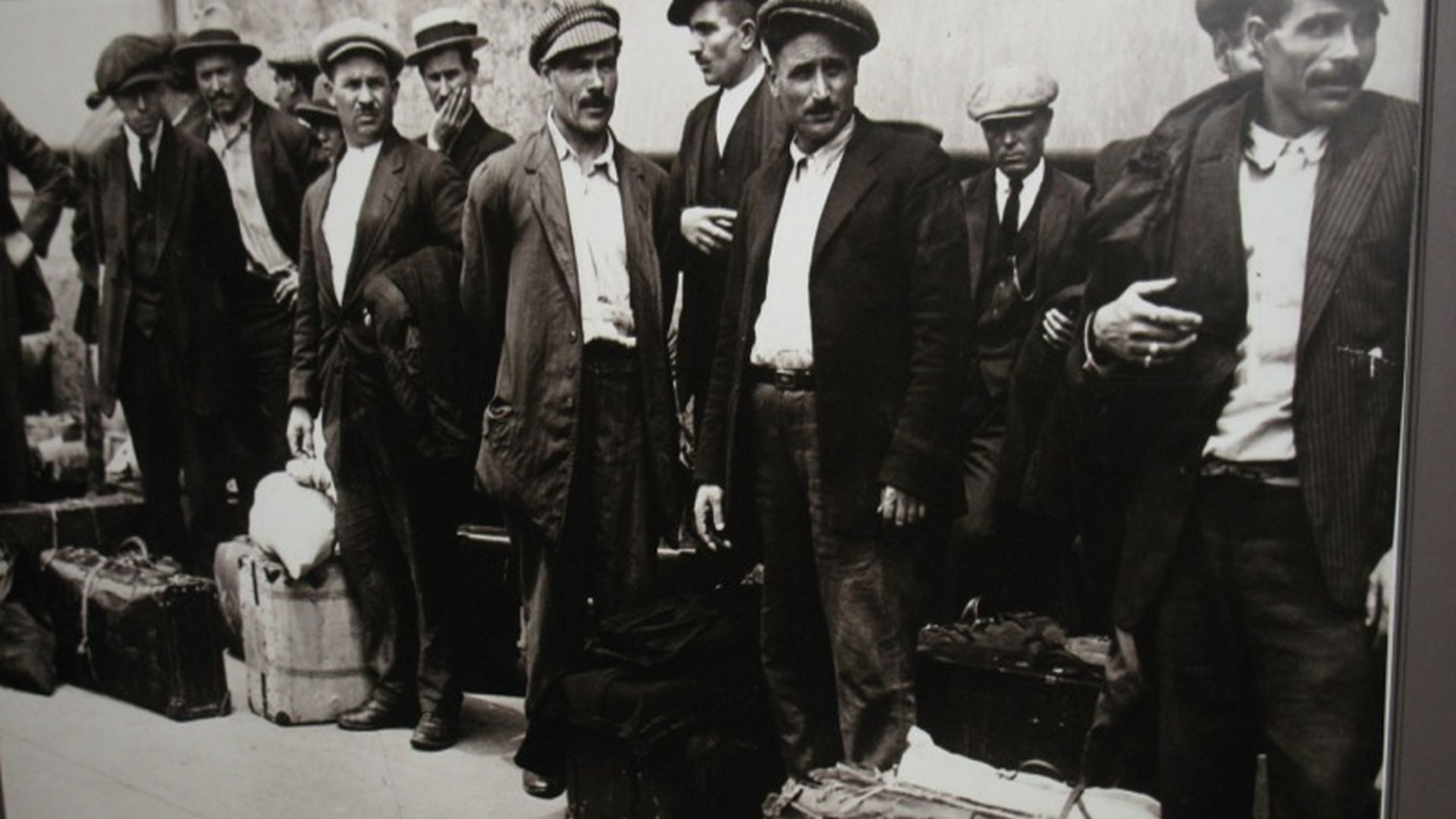 Paolo Cresci Foundation Museum for the History of Italian Emigration 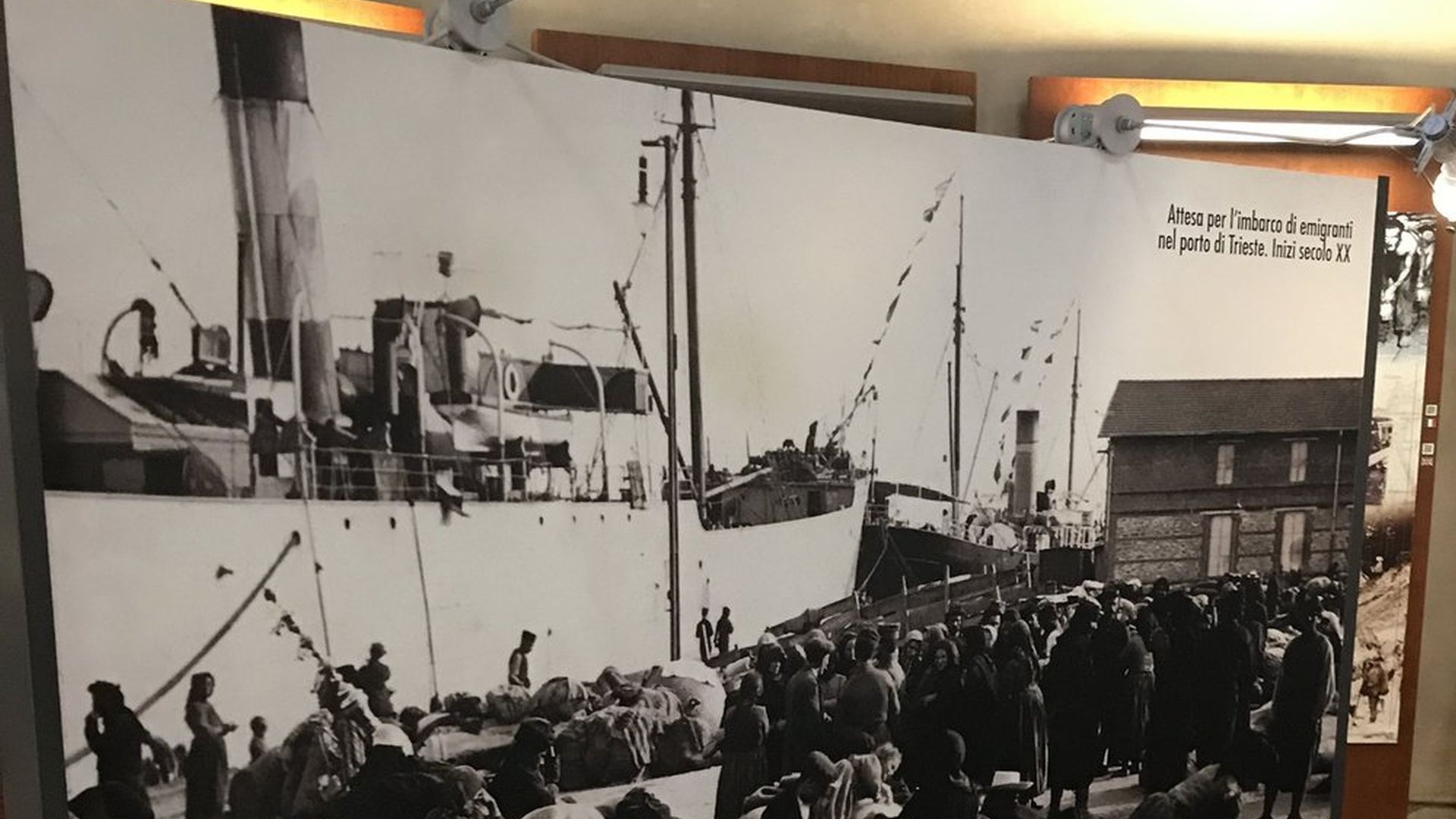 If your journey has not begun yet, we suggest you a virtual visit to the rooms of LuccaMust, the virtual museum of the city.