"The first condition of understanding a foreign country is to smell it."
Rudyard Kipling

Every city has its own smell that can be perceived within the walls of the buildings like an invisible architecture involving us completely. A unique perfume deriving from the extraordinary alchemy of stories from the past and the present.

Ginko biloba at the botanical garden of Lucca 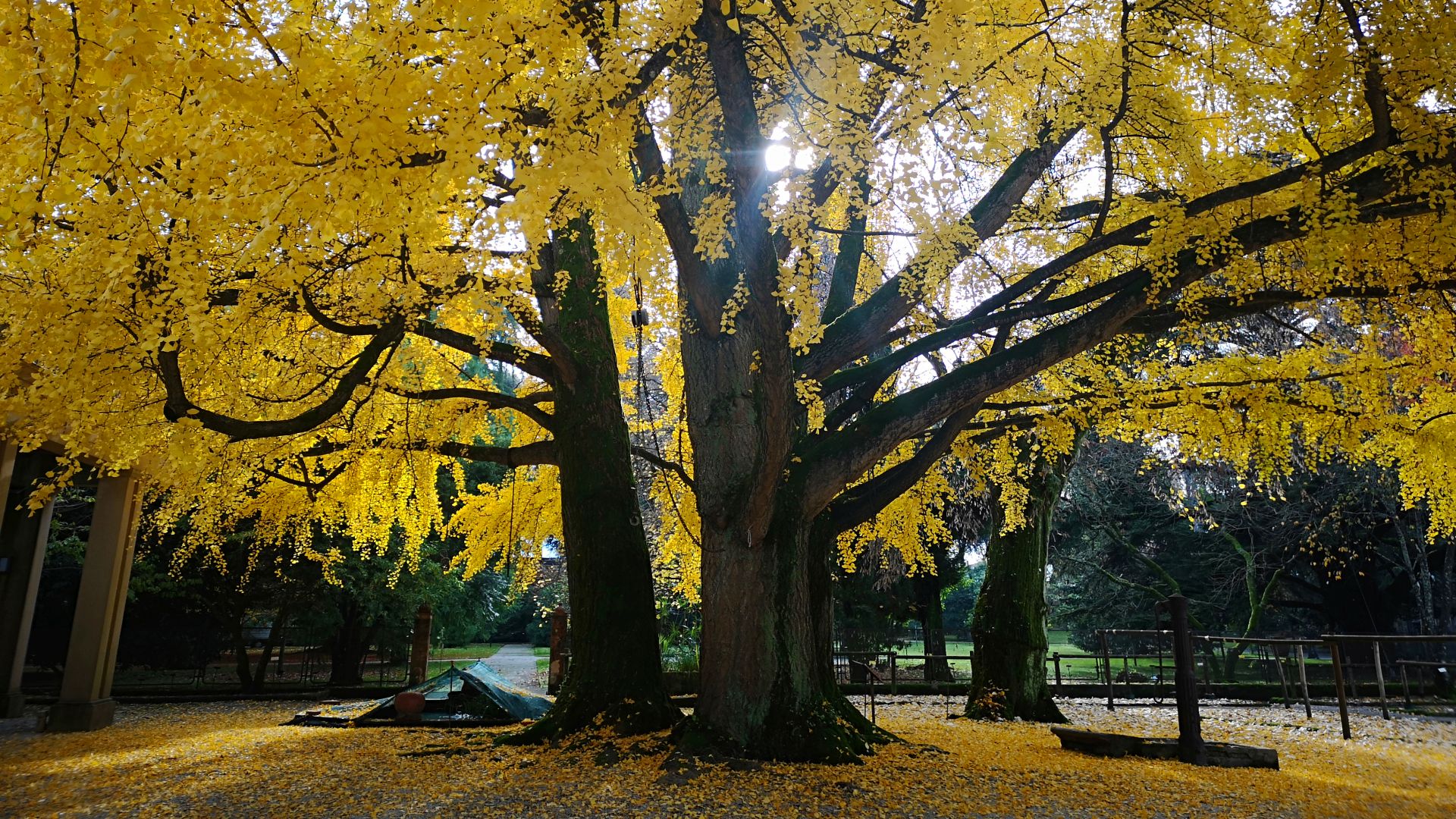 Centuries-old cedar tree at the botanical garden of Lucca 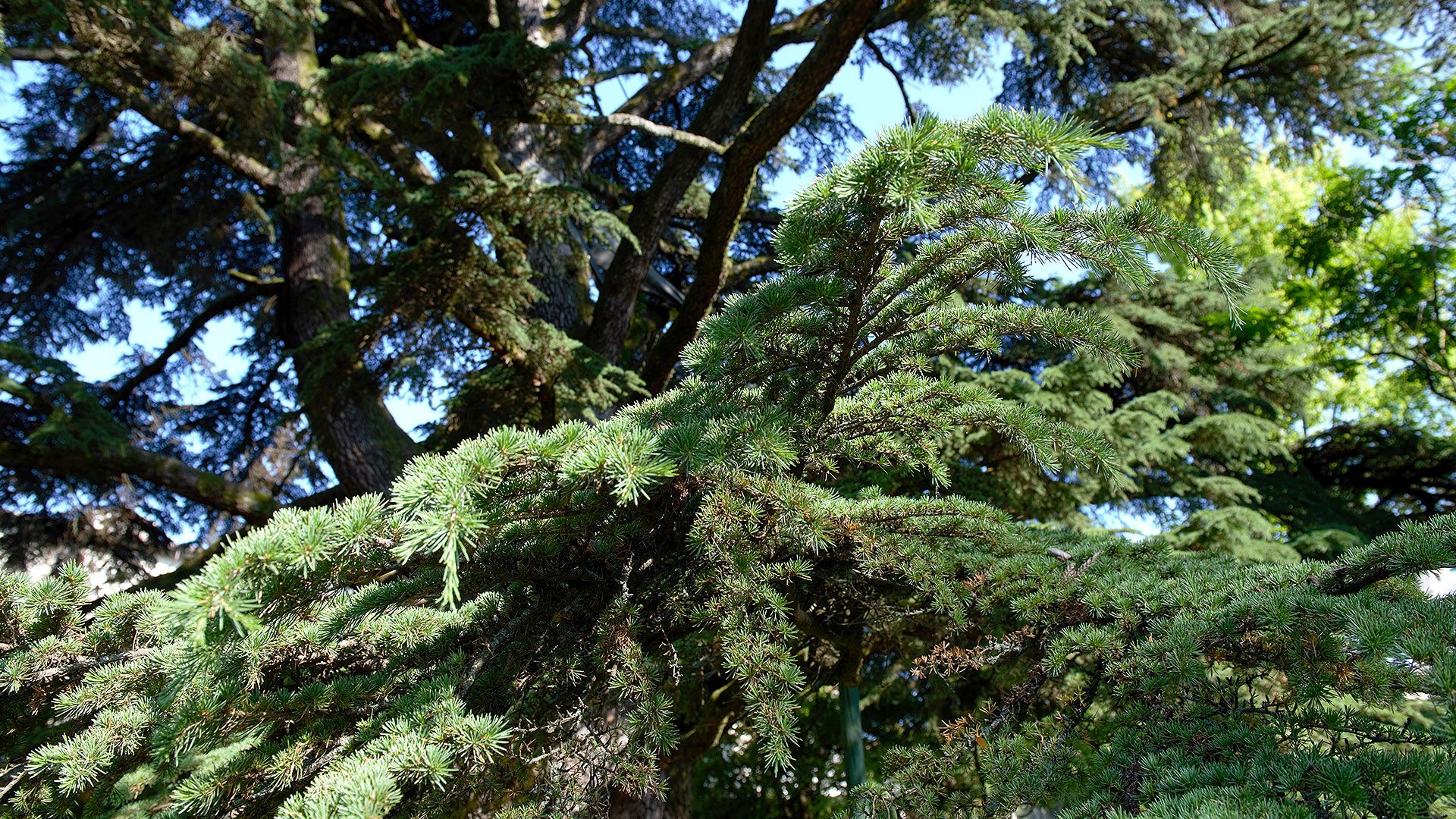 Blooming camellia flowers at the botanical garden of Lucca 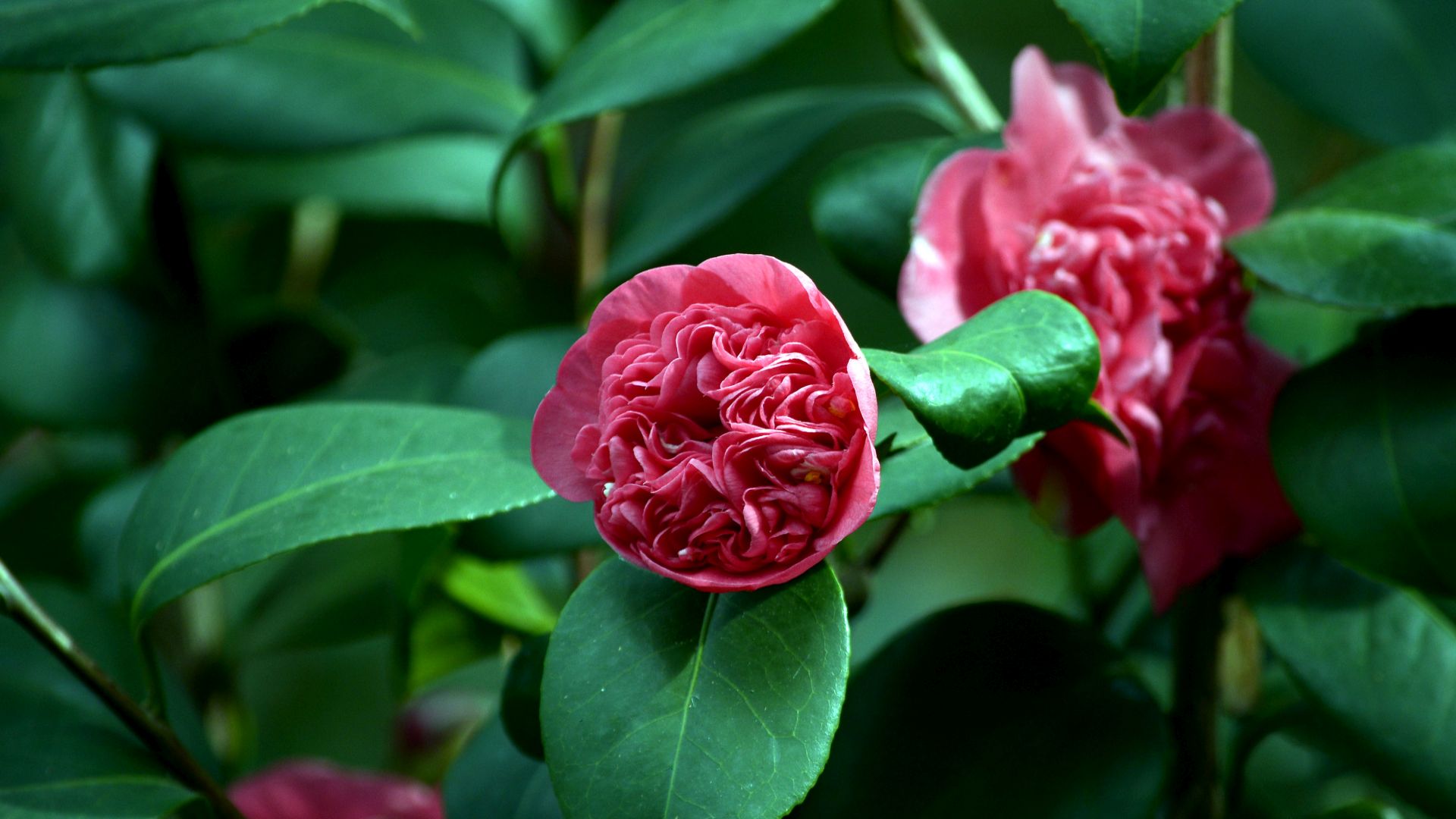 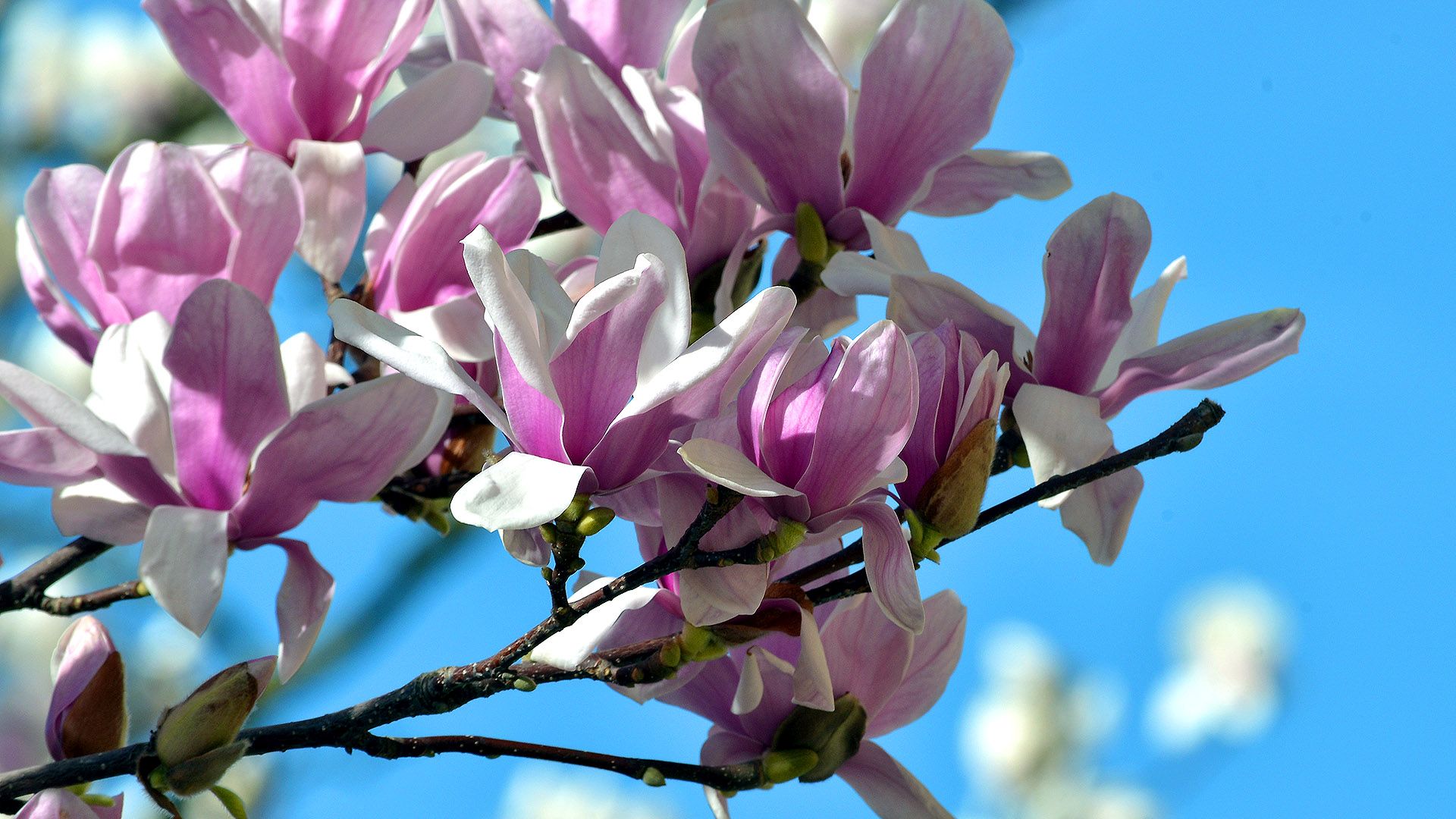 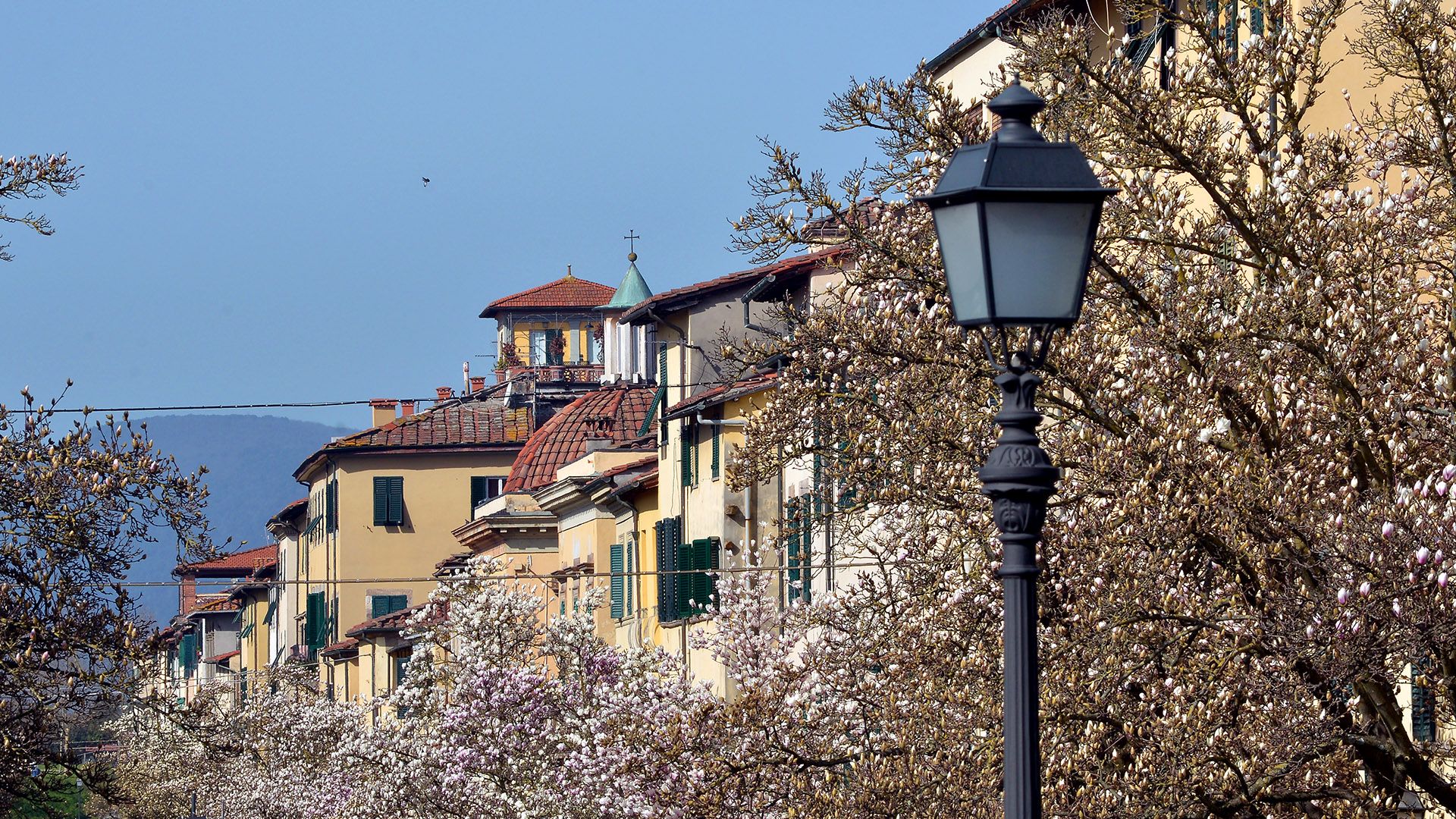 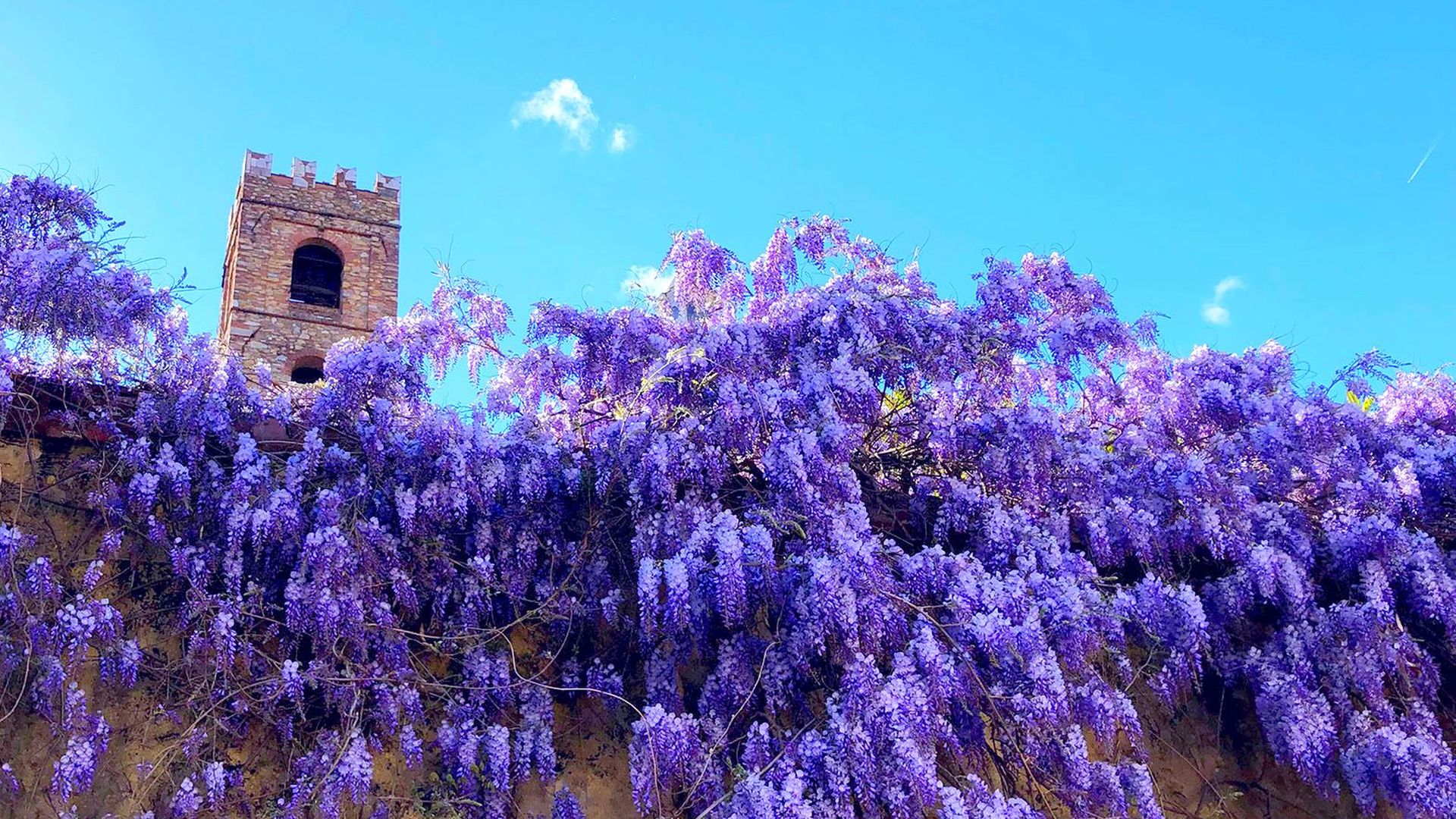 Foliage of tulip trees on the city wall 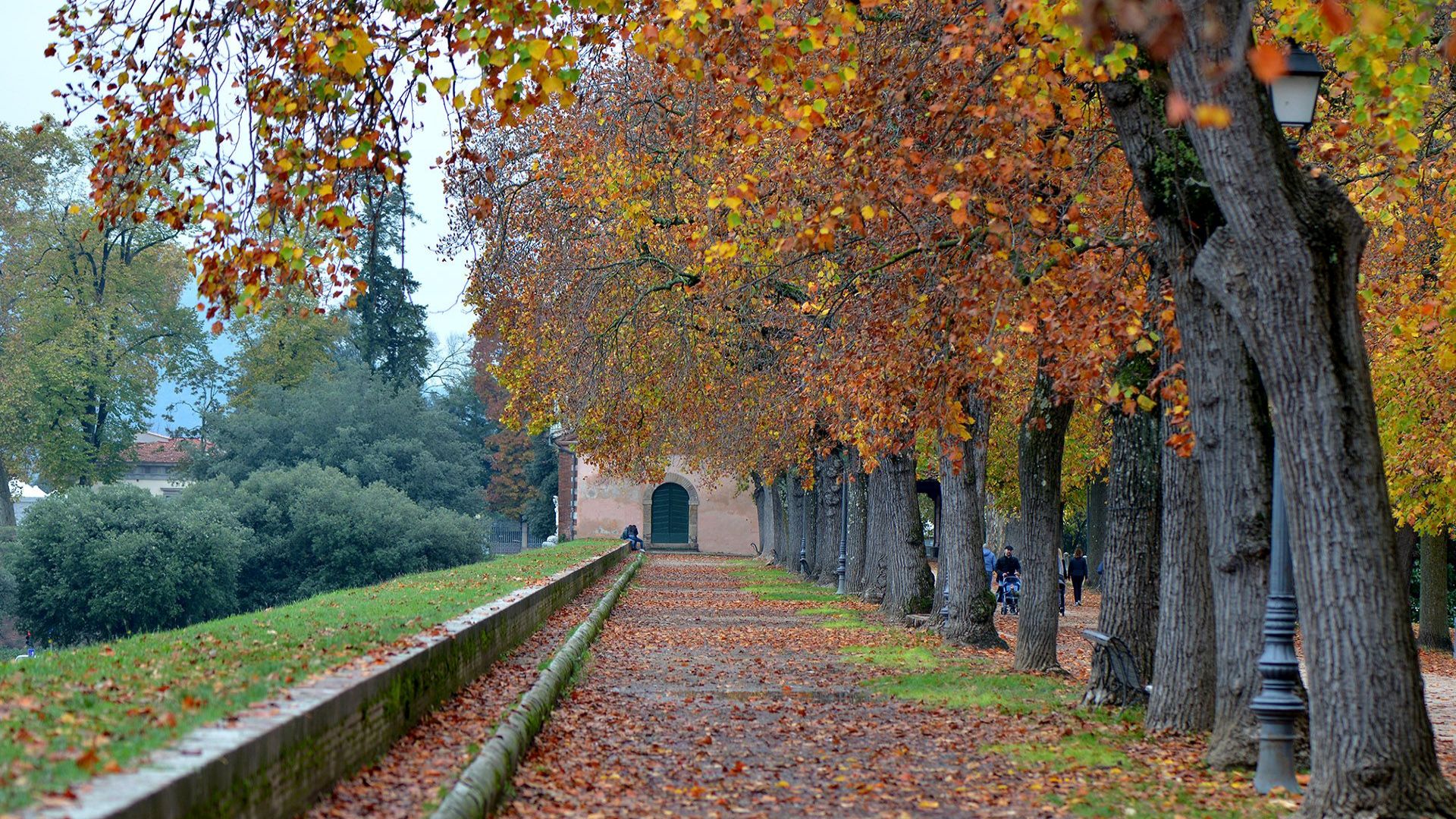 At the beginning of the nineteenth century, Princess Elisa started on a renewal program for the city.

She restructured streets, buildings, educational and research institutes, brought new perfumed fragrances from all over the world to the gardens and palaces of Lucca. Thanks to new scientific discoveries, people began to live side by side with plants that were once considered a threat to health.


A famous painting kept at the Fointainbleau Museum shows her standing next to a geranium vase making her kind of a "testimonial" of this floral fashion that was used more and more on balconies and flower beds.
For the villa of Marlia, Elisa, passionate about botany, introduced different plants from other countries setting up a real nursery, as Josephine had already done with Mailmaison. New species such as mimosas, magnolias and wisteria were spread from the gardens of Villa Reale. Even the geranium, already known but until then only cultivated in botanical gardens, became one of the protagonists not only of the gardens but also in private homes. Gardening furniture, special greenhouses and cache pots were designed for these new functions.

There is a bicentennial magnolia tree in the courtyard of the Giovanni Pascoli school and several ones in Corso Garibaldi, a wisteria in Piazza San Giovanni and plane trees in Piazza Napoleone, beside various species in the botanical garden and on the walls. The sense of smell, related to memories and emotional identity, lost importance in the past decades, and today the role of olfactory perception is being rediscovered also thanks to the collaboration of science that is trying to reveal all its secrets.

Following in Elisa’s footsteps in this "historical" scented path means entering the spirit of her time, trying to understand the culture and social rules, discovering the fragrances and scents of Lucca especially in the places of the city where the new botanical species were introduced.

In 1811 the new Elisa gate was opened. To welcome visitors, two palaces were built in which the ministers of the Government of the Principality of Lucca, Froussard and Matteucci, took up residence. Both buildings had typically French architectural features, like Via Elisa that was inspired by Rue de Rivoli in Paris. The gardens developed along the rear fronts, an intimate aspect of the official headquarters including a “Verzura" greenery theatre, still visible today from the city wall. In these gardens there are magnolias, cedars and mimosas coming from the expedition to Australia commanded by Napoleon in 1800 and organized by Captain Baudin.

Along Via Elisa you will also find Villa Bottini. The villa was purchased by Felice Baciocchi in 1811, where he planted the largest example of a plane tree as we know it today in the entire area of Lucca. It has a circumference of over 7 meters and a crown that exceeds 25 meters in height and is a witness of the Napoleon’s Principality. The garden also grows magnolias, a species introduced in Lucca at Villa Reale, as well as camellias.

A large bicentennial magnolia grandiflora in the cloister of the Santa Maria Bianca church, today seat of the Giovanni Pascoli primary school, can be visited on request.

Once owned by the Orsetti family and today the seat of the town hall, in the Garden of Palazzo Orsetti there are magnolias, wisteria and lime trees. The Orsettis sold to Elisa on 4 July 1806 the Villa in Marlia which since then assumed the name of Villa Reale.

Elisa aimed to transform Lucca into a capital city on the model of Napoleon's project in Paris.

In front of the Palazzo, residence of the Baciocchis, an entire block was demolished to make room for the opening of Piazza Napoleone. The four-sided portico planned around the square was never built and in its place Elisa had elms planted, which were later replaced with plane trees.

The wisteria appeared for the first time in France in the Malmaison garden and in Lucca at Villa Reale. In season, the exuberant wisteria blooms of Palazzo Micheletti and Piazza San Giovanni compete with each other to attract the admiring glances of the passer-byes. An extraordinarily beautiful specimen with a white bloom can be admired in Piazza San Giovanni, in the ancient garden of the church priory, which Elisa transformed into an Archive. Its intense and sweet perfume invades the squares.

Although much of the work was carried out under the duchy of Maria Luisa di Borbone, it was Elisa Baciocchi who first promoted the setting-up of the public gardens on the city walls.

Princess Elisa built the "Promenade on the city wall" between the bastions of San Colombano and San Donato at the end of 1810, entrusting the design to the French engineer Charles Sambucy. Since then the city wall became the place par excellence for the walking ritual. Elisa ordered the parapets to be lowered to favour the view of the landscape surrounding the city.
Lime trees, plane trees, lyriodendrons, paulownias and magnolias were added to the already present poplars and elms to embellish and make the wall a more welcoming place.

Even the Botanical Garden of Lucca, planned after a project required by Elisa, was later built by Duchess Maria Luisa in 1820. Many plants included in the Botanical Garden were chosen from the rare exemples of Villa Reale in Marlia.
The first arrival of camellia flowers in Lucca occurred when a huge shipment of rare plants was sent from the Gardens of Caserta, an expedition which was personally supervised by Elisa's brother, Giuseppe Bonaparte, at that time king of Naples.
In the Botanical Garden there are many tree species introduced to Lucca by Elisa, such as the gingko biloba, the magnolia, the fragrant olive tree, and different herbaceous species such as new types of dahlias and peonies.


A portrait of Elisa Bonaparte by Marie Guillemine Benoist dated 1805 is kept in the National Museum of Palazzo Mansi. The Sovereign is seated and next to her you can see a vase of Japanese chrysanthemums. In Europe, the first chrysanthemum specimens arrived in Holland in the second half of the 1600s, imported from Japan, but they didn't catch on and their cultivation stopped immediately. More than a century passed, before, at the end of the 18th century, they arrived in France from England. From that moment their fortune began and they spread throughout Europe.


The tour has been created after an idea of ​​the historian Roberta Martinelli and the perfumer Giuliana Pardini for the association Napoleone e il suo tempo. An in-depth historical archival investigation with the collaboration of Paolo Emilio Tomei, professor of botany at the University of Pisa, was carried out on the vegetal essences of the Napoleonic period present in the city of Lucca, some introduced for the first time in Italy, others already present but valorized by the Bonapartes.