From May 23rd the Guinigi Tower and the Clocktower are open to the public again.

Probably the long quarantine period of #touristsfromhome didn't help our physical condition, but facing the fatigue of a few hundred steps is worth the view that can be enjoyed from the top of the Guinigi and the Clocktower. Our minds, on the other hand, are well trained in doing fantasy trips, so it will not be difficult to catch sight of Mount Pisano, guided by the line of arches of the nineteenth-century aqueduct and plan some excursions. Also to the amazing route of villas at the foot of the Apuan Alps and the Apennines to the hills of Montecarlo, with gardens full of blooming flowers during this period. 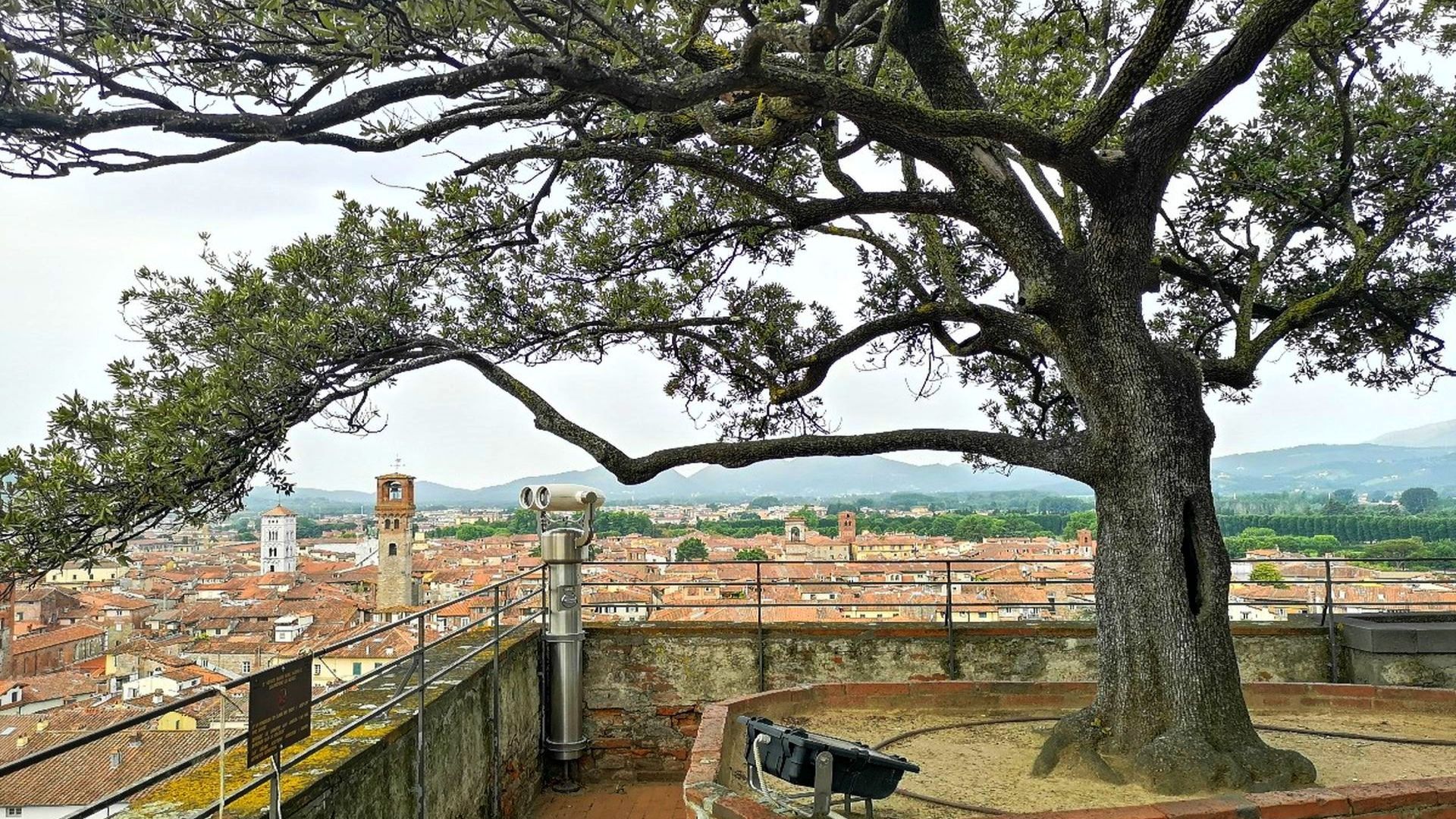 The two towers, symbols of the city, are the only ones remaining from history and after all local fights between rival families of the past. The city  had to face many of them, as in historical drawings and paintings of the towered city can be seen, so that Fazio degli Uberti described it (Dittamondo - 1345-67):  "Noi vedemmo in piccol cerchio, torreggiar Lucca in guisa di boschetto“ (We saw in a small circle, towering over Lucca in the form of a grove). At that time the Guinigi Tower not existed yet, but there were certainly other towers with the same particular of trees on the top.

On the Guinigi Tower evergreen holm oaks have been planted, characteristic of the Mediterranean macchia vegetation and "protecting" trees, often used to symbolize strength, power, nobility, a strong soul and an ancient dominion. 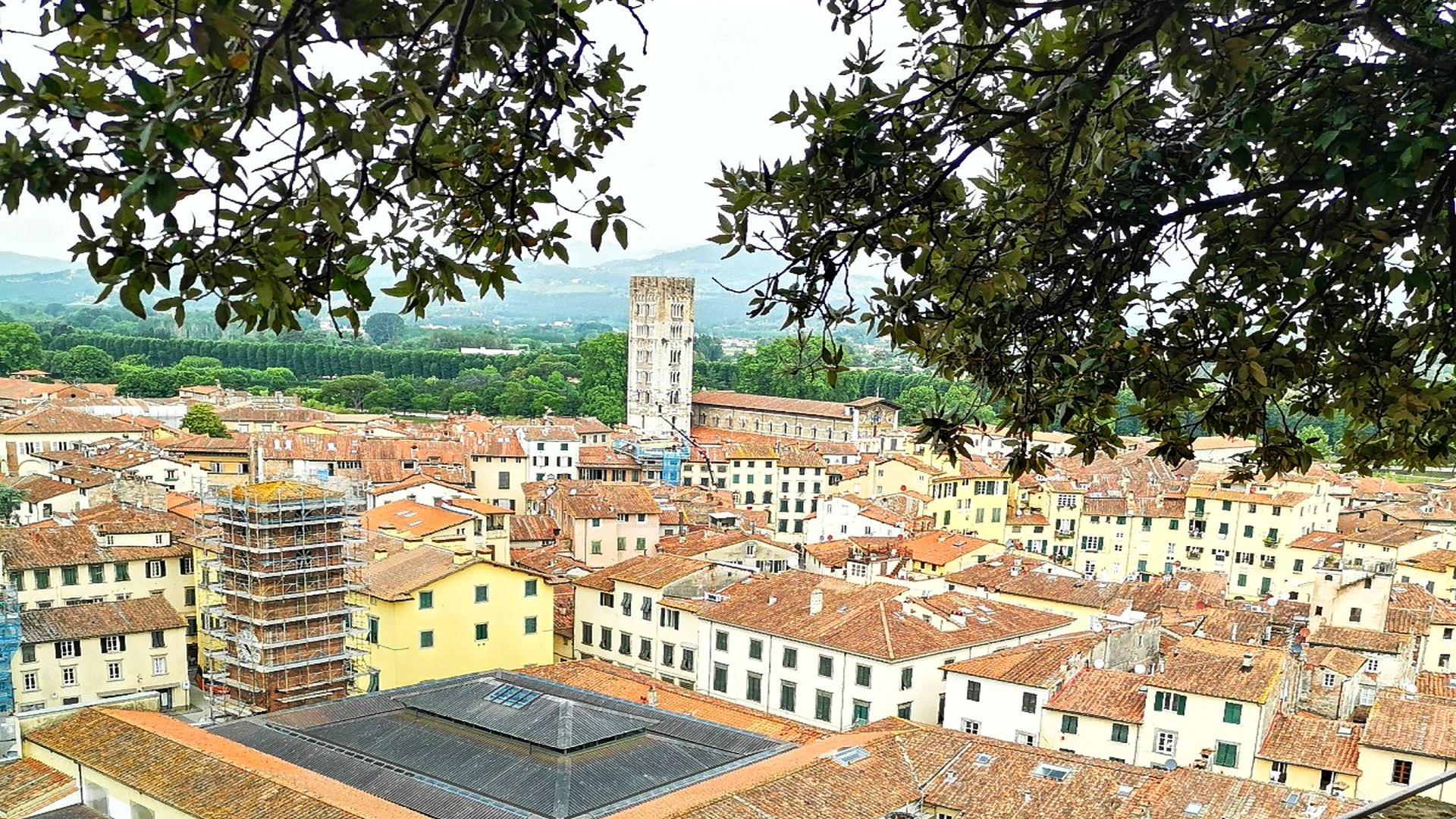 From the terrace, the view over the roofs of the city reveals the urban design of the streets. The red colour of the roofs is dotted with the greenery of many small hidden gardens, interrupted by the huge cathedral on the south and the San Frediano church and the ellipse of the amphitheater on the north. Looking west you can see the wings of archangel Michael at the top of the San Michele church, and eastwards the large green areas of the Villa Bottini park and the Botanical Garden.

Even the Clocktower has its own distinctive feature, the clock, in fact. The first was placed there in 1390. It marked the hours with the striking of a bell. In 1752 the Republic of Lucca commissioned a new mechanism from the watchmaker Louis Simon from Geneva, placed on the top floor of the tower and still today after a detailed restoration, still in working order. So just listen, you could be right there during the bell ringing! The sound of the hours is Roman, from one to six, striking every quarter with the small bells and the hours with the largest bell. 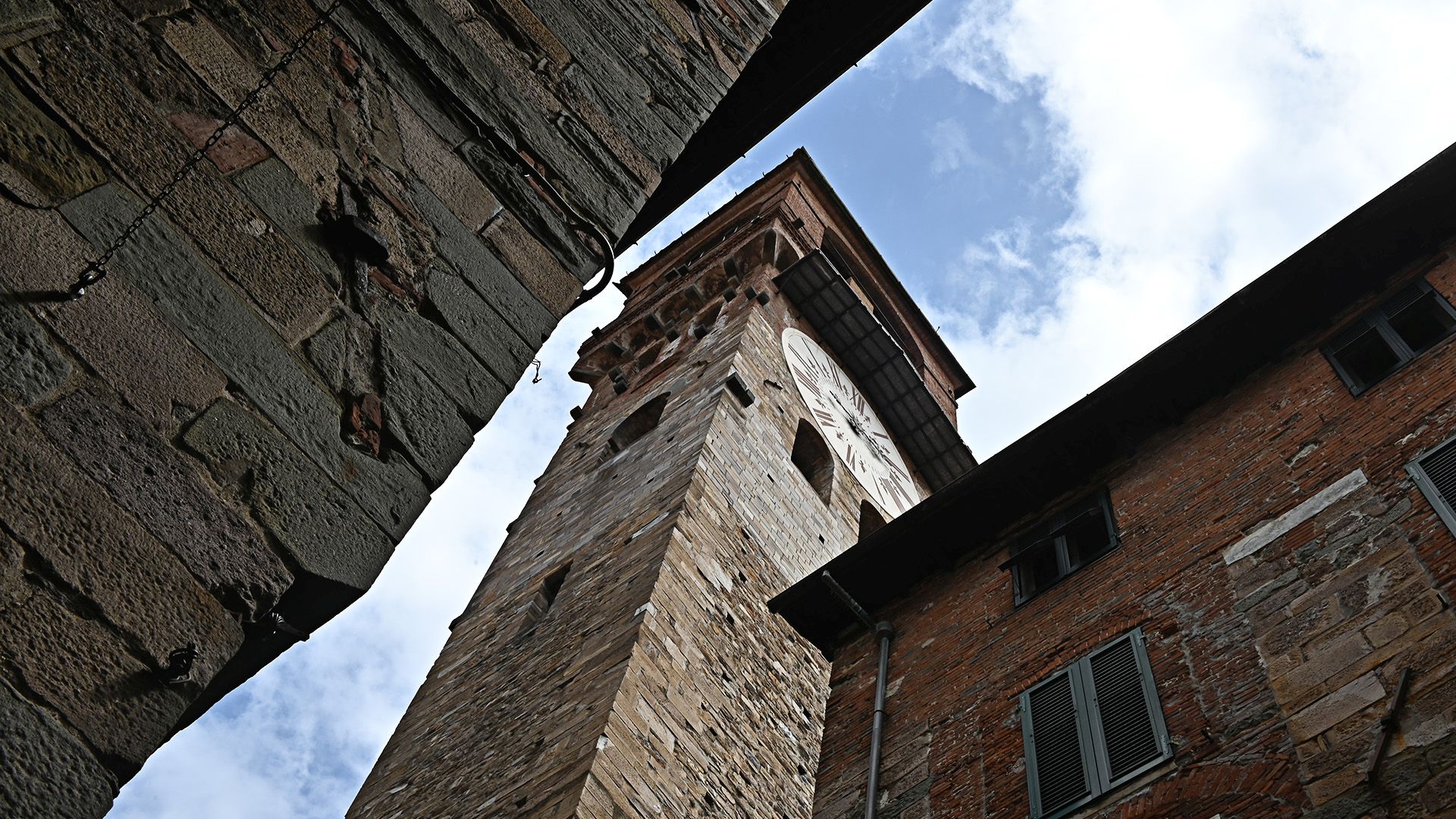 Reservations are required for access to guarantee shifts for only a few people with a guide. The visit of the towers starts from the Guinigi Tower.

Each group in the Guinigi Tower will consist of a maximum of 8 persons, and of only max. 5 in the Clocktower due to the particular limited space on the access route; for each of the two monuments there is a time limit of maximum 45 minutes for the visit.

The guided tours can be reserved by phone calling +39 0583 48090 or by writing an email to infotorriciviche@comune.lucca.it . Reservations can also be made online on https://www.vivaticket.com/it/biglietto/ingresso-alla-torre-guinigi/148393

Unlike the towers, thanks to the larger spaces, simultaneous access of bigger groups and a longer visit time up to a maximum of three hours will be allowed at the Botanical Garden.
Reservations can be made by calling +39 0583 48090 and 0583 950596 or by email to orto.torri@gmail.com