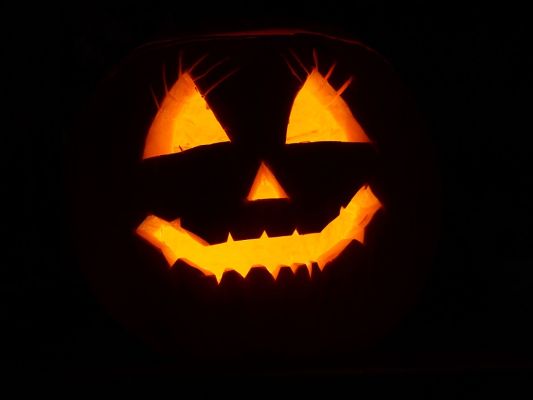 While in the squares of Lucca, Comics and Games goes crazy or you can take a walk to discover the city with Trekking Urbano a few kilometers from downtown in three special places nestle the preparations for Halloween night.

Three "fearful" proposals that have as a fascinating frame a mysterious bridge, a medieval castle and an austere monastery.

In Borgo a Mozzano you can go all year round to see the Ponte della Maddalena. Wanted by the Countess Matilde di Canossa in the 11th century, since its origins it has been at the centre of frightening legends that trace its construction back to the intervention of Satan, so much so that it was renamed Ponte del Diavolo (Devil's Bridge) by the local people.

Under its arches and in the woods that surround it you can meet witches, linchetti and other mysterious beings that every night descend from the mountain into the valley for their secret magic rites.

On Halloween night, even more monstrous and terrifying presences emerge from the darkest darkness. Ghosts, zombies, demons begin to wander the narrow streets of the country in search of "mortals" to annoy. Every year history repeats itself, blacker and more intriguing than ever.

It could only take place here the first and greatest Halloween Fest in Italy, Halloweencelebration MMXIX

A great show full of events, attractions, concerts and re-enactments from 26 to 31 October.

The "terrifying" program includes an interactive horror game to solve a brain-teasing mystery, The Black Night of the Vampires of Sarcanyra (26 October), the Ghost Experiment (night between 30 and 31 October) in an ancient house still secret, the Overlook Cinehorror (31 October) dedicated to the great master George A. Romero. From the afternoon of Thursday 31st October until 2:00 am fairs, markets, workshops for children, street artists, concerts and DJ sets, meetings and exhibitions on the theme of magic and illusionism.

The most awaited shows on the evening of October 31:

- The Passage of Terror, the most acclaimed horror house in Italy. The journey into a very scary and shocking parallel world inhabited by monstrous creatures.
- The night of Lucida, the traditional re-enactment of the destiny of the noblewoman from Lucca, who fell into hell to pursue the ephemeral desire for eternal beauty.
- The wrath of Lucifer, the majestic fireworks display around the Devil's Bridge (23:00). From the dark depths Satan unleashes his wrath. The fire flames between the arches of the bridge.

The hill of Montecarlo with its majestic fortress overlooking the ancient village founded by Charles IV of Bohemia, is the ideal location for a "small", frightening evening. Montecharloween is ideal for families with children. Lots of shows, attractions and of course a bit of thrill to entertain the little ones.

Trick or treat? There will be no shortage of traditional candy and sweets for the children in exchange for the goodness of the evil spirits always ready to play tricks. On the streets of the village ghosts, zombies and ghosts will liven up the atmosphere with scary animations and themed games. Delicious snacks in the food stands.

It starts at 19:00 and admission is free for everyone. If you don't want parking problems, there is a shuttle service from the parking lot in Piazza d'Armi to the historic centre.

Altopascio, the city of the Knights of the Tau, also turns into the long Halloween night with  Altopascio Horror Night Show.

The streets and squares from 18:00 will be invaded by the magic of theatre and representation, with itinerant shows of fear, play and magic.

The horror house with its 100 steps into the darkness will keep visitors breathless. Animations dedicated to children, make-up, themed photo sets, Vikings area. Lots of games and shows, with the Inquisition, Mr. Davium's time machine magic show, the Dead Cat, the Viking Ritual and the Escape Room, a logic puzzle to find a way out of a closed room by solving codes, puzzles and riddles.