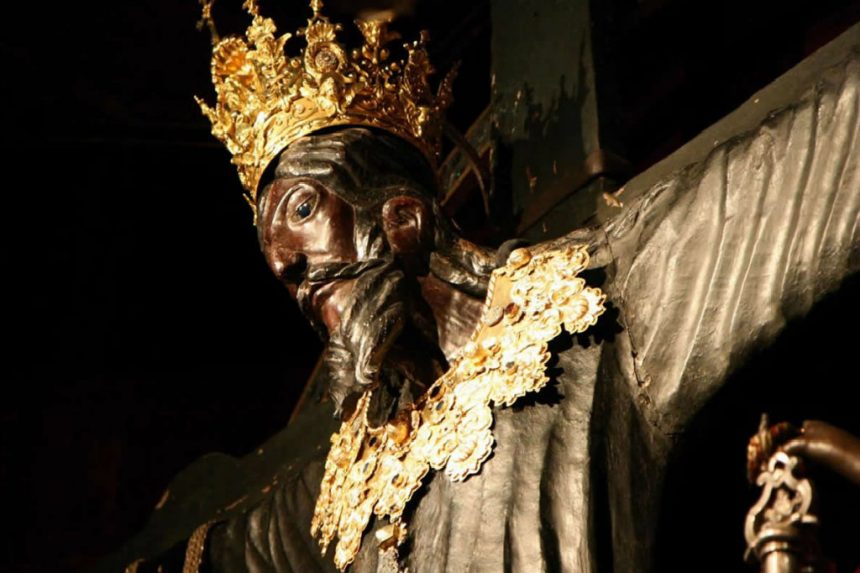 The highlight of the September festivities in Lucca is the Luminara della Santa Croce, a very popular and heart-felt occasion for the city.

Every year on September 13th, with the traditional candlelight procession, the city pays homage to the Volto Santo, the wooden crucifix that according to the legend has come from the Holy Land and thanks to a medieval monk was brought to Lucca on a wooden cart pulled by oxen.

A historical procession, with the participation of all the representatives of the local church, civil and political authorities and with the enchanting spectacle of the Luminara, when all the houses and buildings are lit by thousends of small candles and the city , without  the electric lights, participates, observes and follows the Procession of the Volto Santo.

The "Luminara" leaves at 8pm from the Basilica of San Frediano to reach the Cathedral of San Martino,  where the Volto Santo is kept and where the archbishop will celebrate the mass and bless the community during the traditional Mottettone, the instrumental composition accompanied by choirs, which every year,  from centuries,  the musicians of Lucca create.
If the city, also on September 14th, continues the religious celebrations with the masses dedicated to the Volto Santo, just outside the walls, the rural and secular tradition get ready for the autumn season with the fairs of Borgo Giannotti.

In the morning of September 14th, the early risers will be able to attend the Fiera degli Uccelli (the Bird Fair) at the Fluvial Park, while on Friday 21st and Saturday 29th, S. Matthew and S. Michael are celebrated in the streets of the village Borgo Giannotti with the fairs of the end of the summer.

12 am: Bells Ringing throughout the Archdiocese.
6 pm:00: In the Cathedral, Celebration of the First Vespers, chaired by the Archbishop with the music by the Chapel of the Cathedral "S. Cecilia ".
7.15 pm: Meeting of all the representatives in S. Frediano's square.
8 pm: On the churchyard of the Basilica of S. Frediano, Beginning Prayer and starting of the candlelight procession. Upon arrival in the Cathedral of St. Martin, homage to Volto Santo, chants by the choirs, the final Liturgy, Mottettone, the final Blessing
11pm: Fireworks visible from the City Walls.