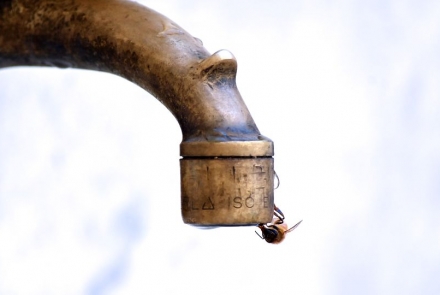 A walk among the fountains in the olt town.
A relaxing stroll among monuments and fountains. With a companion, if you like.

In the history of Lucca, that of water is a story in reverse. While other cities were born on the banks of rivers, the people of Lucca kept well away from them.

The foundation of the city, in Roman times, was challenging in the middle of a plain where water was the master, with streams and marshes. The name of the town itself derives from the Ligurian word Luk, meaning a place where light is reflected.

However, no aqueducts or cisterns were needed, only an unspecified number of wells, from which water was drawn directly from underground, and ditches and "fratte" that continued to cross the centre for a long time to carry away the water.
Of the wells, the most famous is the "miraculous" one of Santa Zita, on the façade of the building in Via Fatinelli, in Via Fontana, where the little saint served.
Thanks to her intervention, the water was transformed into wine to quench the thirst of a poor pilgrim.

In 1863 the monumental aqueduct was finally completed, bringing (still) excellent and healthy running water from the Monti Pisani to the modern city. Inside the walls, as along the arches, a number of  sober designed little fountains "for civic use" and a couple of more important "luxury" fountains "sprouted" to embellish the squares.

Take your water bottle and, in the walled town, you will never be short of fresh, delicious water to quench your thirst even in the hottest of summers.

The first public fountain is in the lock of the Botanical Garden, near the nursery. A large basin collects the water jet and competes for the interest of numerous varieties of sparrows and insects that alternate in the various seasons with its alter ego, the small pool at the end of the garden around which plants characteristic of wetlands grow. In Piazza Anfiteatro, Piazza Antelminelli, Piazza Napoleone and the Corte delle Uova (Egg Court) there are fountains for civic use, with a sober and unadorned design, mounted on a rectangular pedestal of Guamo stone.

More elegant are the fountains along Via dei Fossi, near the Madonna dello Stellare, and the medieval gate of S. Gervasio and Protasio, enclosed by pillars.
Here the water flows from the mouths of masks mounted on white limestone pillars with a festoon decoration and collects in upturned niches. Then there are the fountains made 'for luxury' in the city, which are more beautiful and monumental.  These are the fountains in Piazza Antelminelli, Piazza San Salvatore and Piazza del Gonfalone: the first is a low, wide circular basin of Apuan marble adorned with masks and surrounded by small pillars and chains for protection, with a very high jet in the centre.

The other fountain is gracefully placed on one side of Piazza San Salvatore, so as not to obstruct the path of the carriages. A high pedestal with three spouts that spout water, at the sides, into two convenient hanging basins and at the front into a large classical basin resting on the ground. On this base stands the female figure of the Naiad, known familiarly to the people of Lucca as "la Pupporona" (a curvy woman). She caused such a scandal because of her loose clothing that the Bishop asked for her removal.
But he was not listened to. On summer weekends you can take part in guided tours of Lucca's fountains and thus contribute to the restoration of the 19th-century aqueduct that feeds them.
Info and reservations: Tel 0583 342404 - Fax 0583 342525 - turislucca@turislucca.com