In this corner of the city there are interesting monuments from different eras.
This happens quite often in a city like Lucca.

Map of Lucca with spotlight on the North side 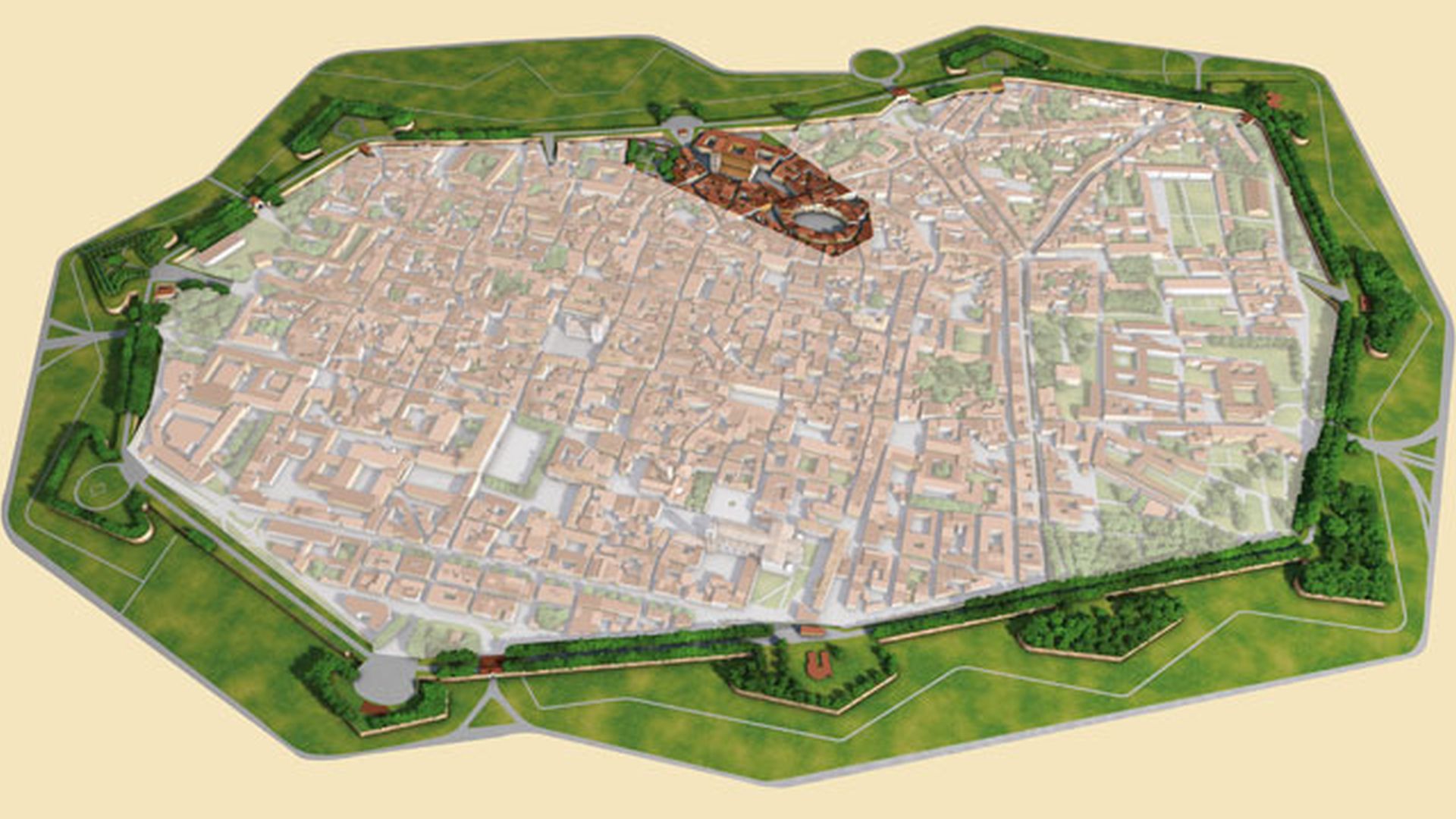 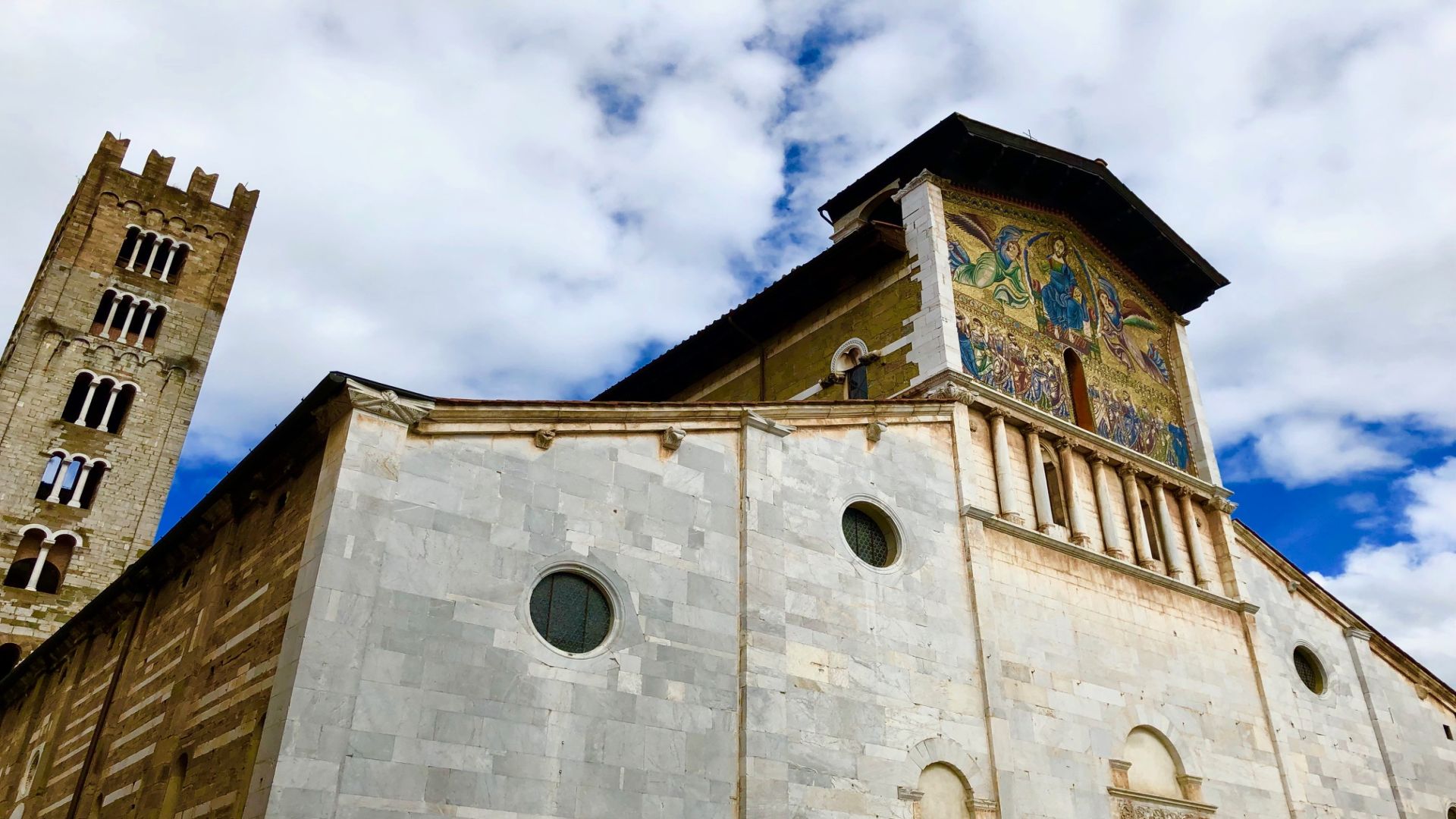 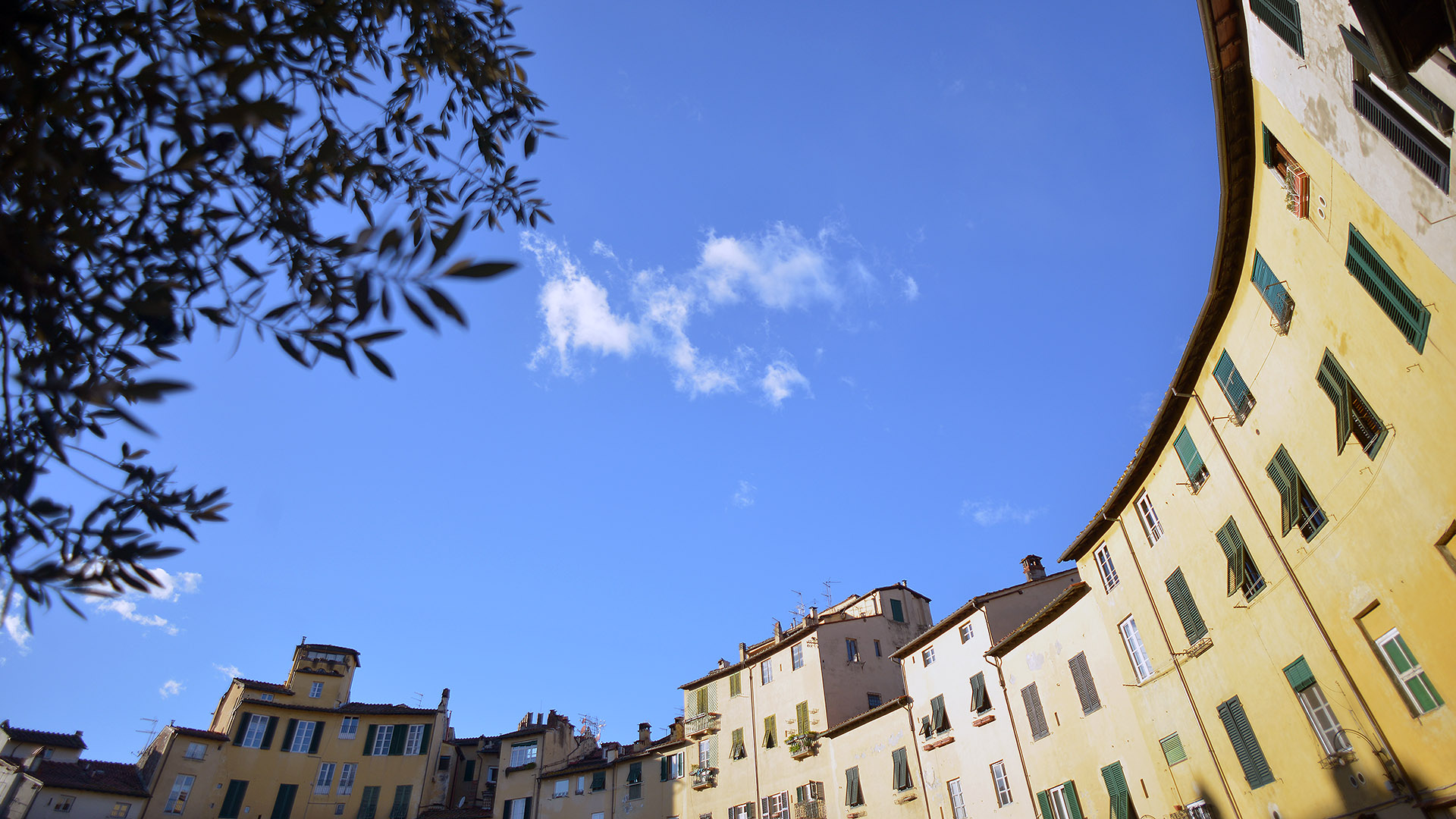 Entering from Porta Santa Maria you quickly reach Piazza Anfiteatro through via Fillungo, redesigned in the nineteenth century by the architect Lorenzo Nottolini from Lucca on the remains of the Roman amphitheater dating back to the second century AD. Maybe it is one of the most photographed squares in the world, certainly unique for its elliptical shape and the irregular skyline of the roofs.

Near the apse of the San Frediano church, the powerful bell tower contrasts the irregular orientation of this church which, unlike the others, has a facade facing east.

The facade and the thirteenth-century mosaic of the Basilica founded in the second half of the sixth century by Frediano, the holy Irish bishop, dominates Piazza San Frediano.

Local tradition attributes to the "hydraulic saint" the miracle of the deviation of the course of the Serchio river, which threatened the city with frequent floods, as the sixteenth-century frescoes of Aspertino illustrate in the inside of the church.

From the basilica you reach Piazza Anfiteatro, designed in the nineteenth century by the architect Lorenzo Nottolini from Lucca on the lines of the Roman amphitheater of the second century AD, and via Fillungo, the most famous and lively street in the city, that partly retraces the ancient Cardo maximus of the Roman city.

On the backside of the basilica the square with the Real Collegio, a prestigious building once also used as a university, is located. From here you can reach one of the access ramps to the walls, from where you have a nice panorama over the hills of Lucca and enjoy a suggestive view of Palazzo Pfanner and its baroque garden. 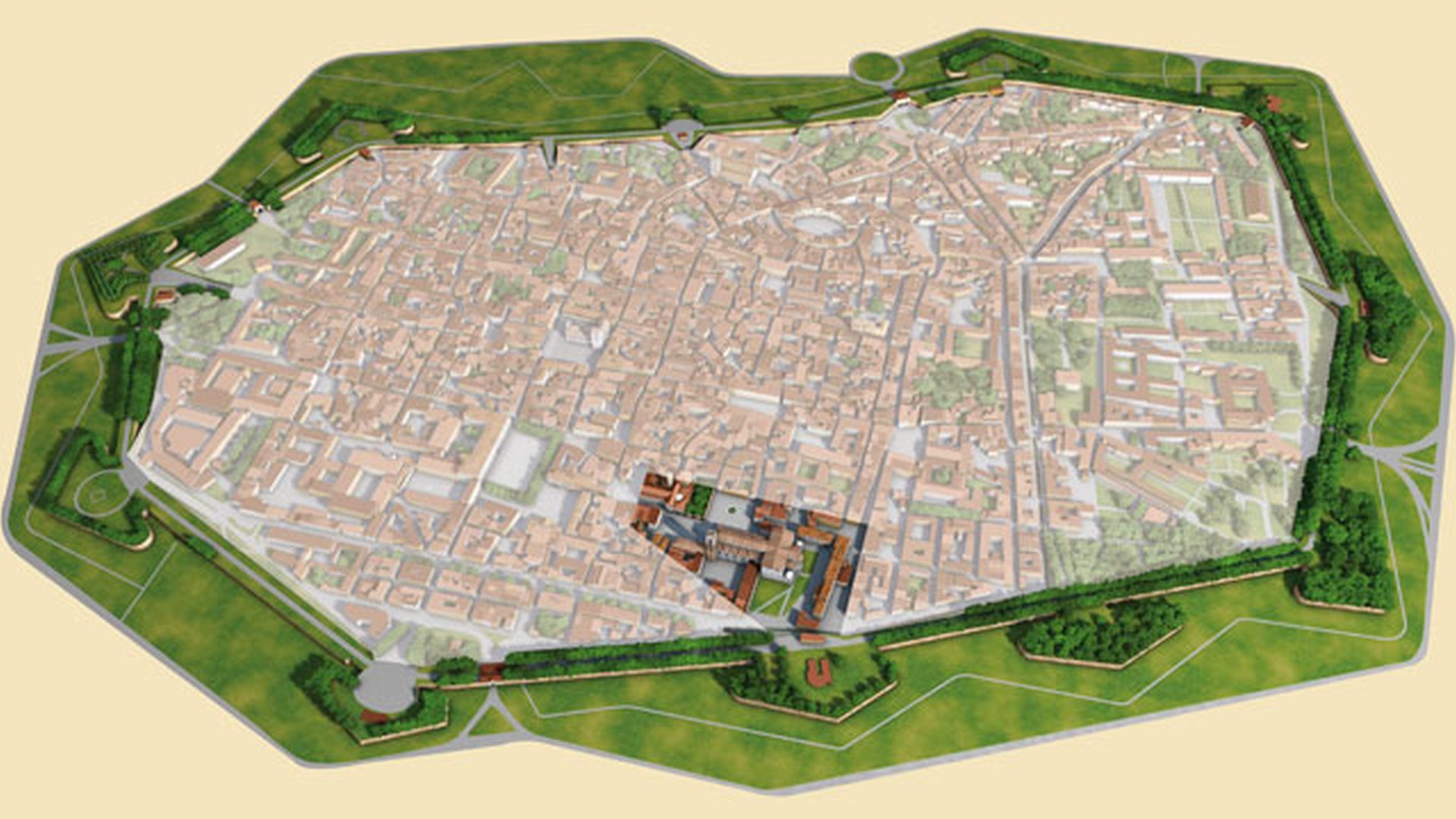 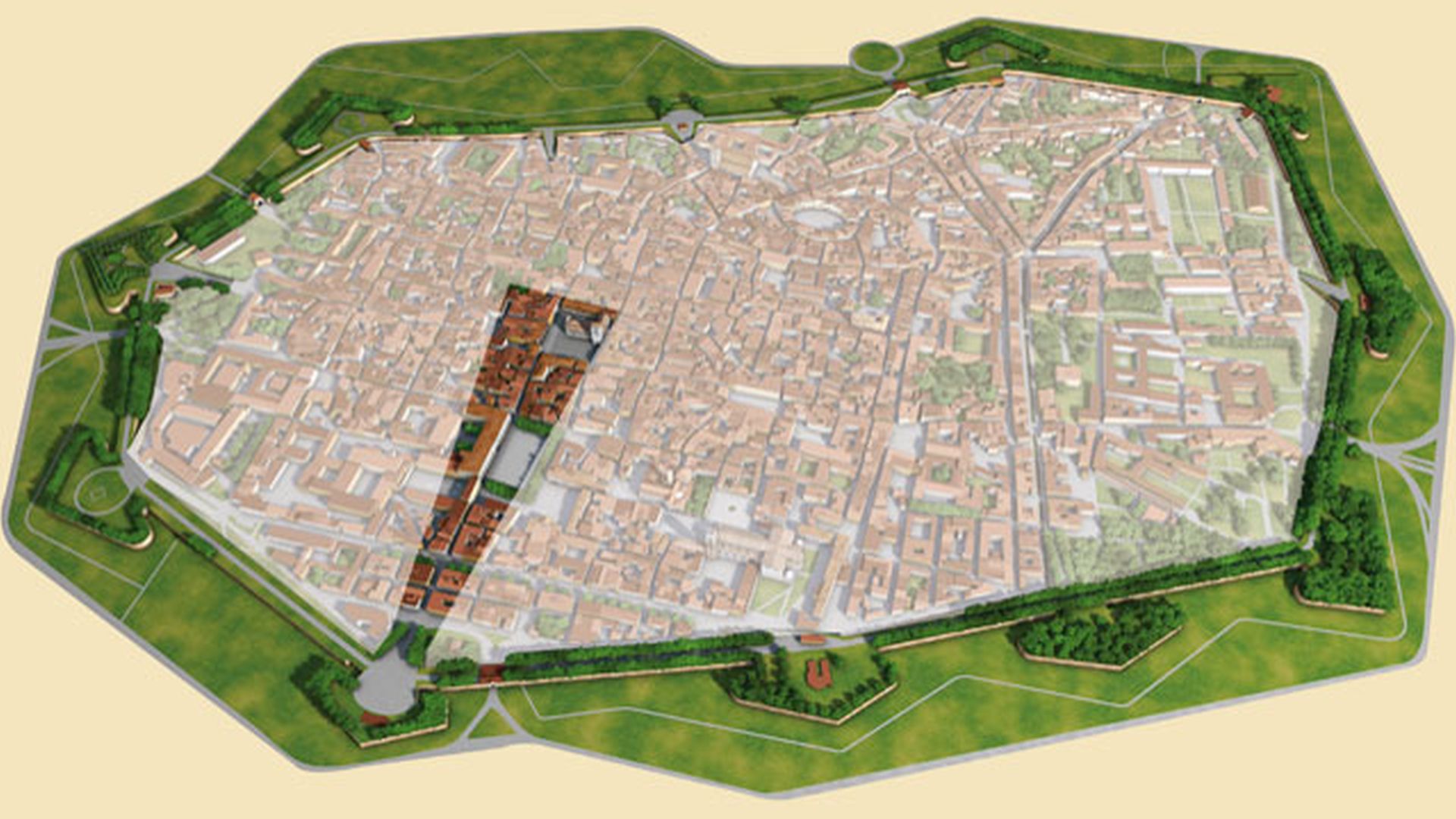 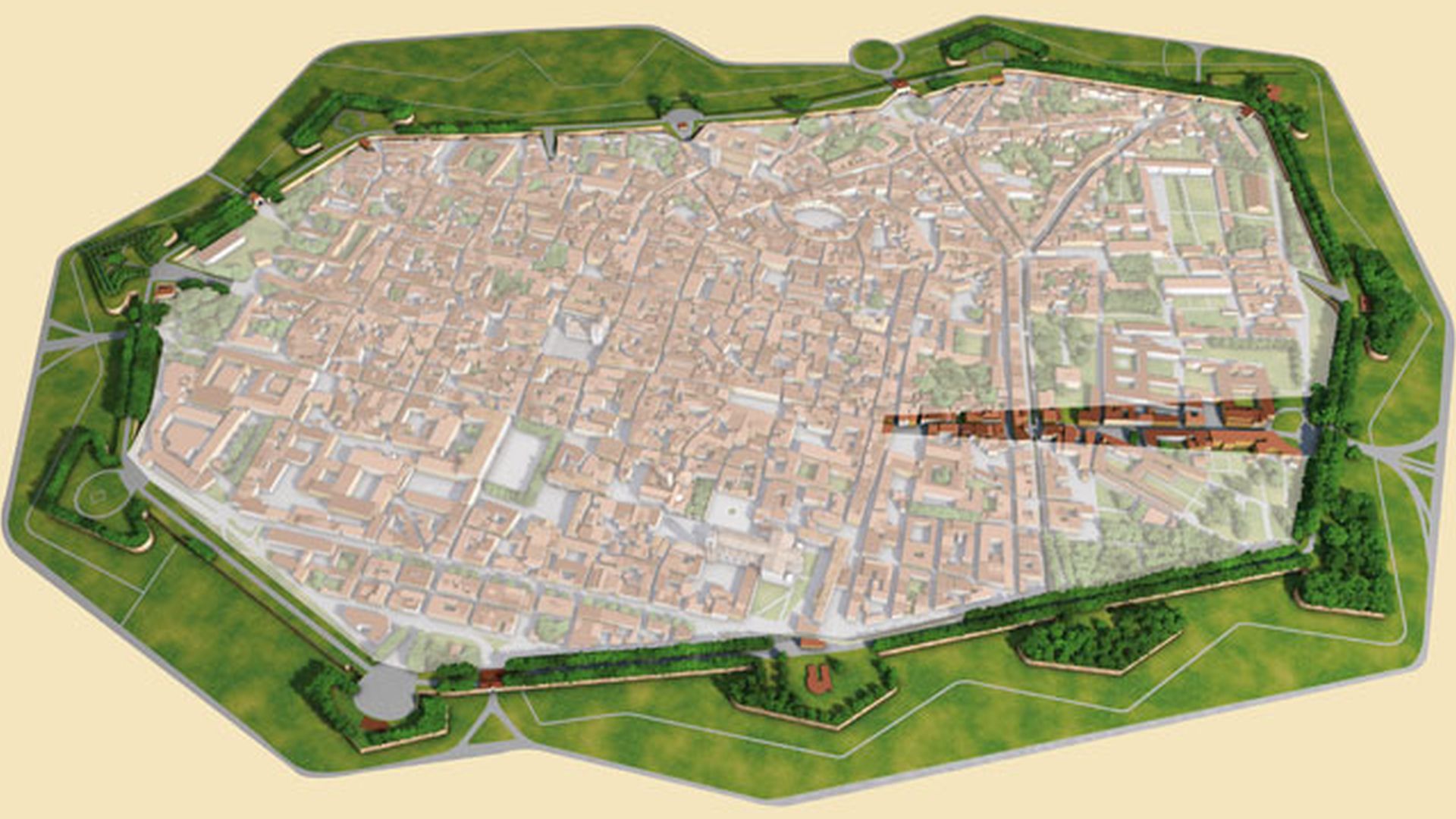